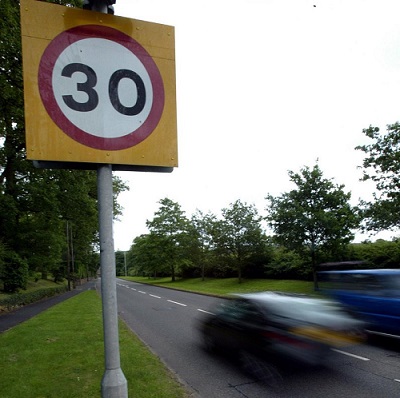 Cumbria County Council is launching a consultation from Monday 22 October for a period of four weeks, to gather feedback and views on proposals to change a number of speed limits in Allerdale.

A number of speed limits in Allerdale have been assessed – as a result of local residents concerns being reported to the council and Police, ongoing and new building developments and other changes in the use of the road informed by traffic data.

Members of the public can find details of the proposals and respond to the consultation online via the county council website (from Monday 22 October for four weeks), or by attending one of three public drop-in events where the proposals will be discussed.

Cllr Keith Little, Cabinet Member for Highways, said: “Road safety is one of the top priorities for the county council and I am pleased that we are holding a consultation to understand the views of local people. Reviewing speed limits and analysing traffic data is an important aspect of the work of our highways teams, and the ultimate goal is to enhance road safety and reduce accidents on our roads. I’d urge everyone to go along to one of the meetings, or to respond online, so that we have as much information as possible when making final decisions on proposals to change speed limits.”