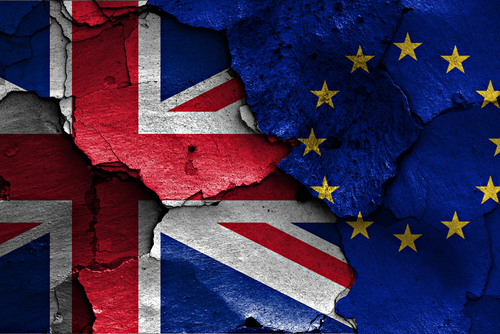 BARROW’s independent MP John Woodcock will host a special public meeting to discuss Brexit on Friday – just seven days before the UK is due to leave the European Union.

Mr Woodcock said: “Everyone is understandably deeply frustrated by the deadlock down in parliament and wondering what is going to happen given how much is at stake. Many constituents are getting in touch in droves to have their say on what should be done and I am keen to hear from you face-to-face and explain where I am on this.

“Feelings are running high on both sides and it is only right that you get chance to have your say in person at this critically important time as well as emailing in and contacting me on Facebook. If you think I am wrong, come and tell me why.

“I have liaised with Canon Gary Cregeen at St George’s church in Barrow and he has kindly allowed us to use the parish hall for a meeting on Friday. Please come along and express your views.”

In the indicative votes this week, Mr Woodcock voted in favour of putting any agreement reached by parliament to the public for a confirmatory vote and to revoke article 50 if it becomes the only way to stop the economic collapse predicted to be triggered if the UK fails to reach any agreement at all before time runs out on 12 April.

But he refused to endorse what are described as ‘softer Brexit’ options of the UK remaining in the customs union or a single market on the grounds that they would require the country to give up its voice round the table of key EU institutions but still be governed by their laws.

He said: “Two years of negotiation has made clear that all the compromise options left on the table strategically downgrade the UK, perhaps irreversibly. A customs union, the customs union, the common market 2.0 and the prime minister’s deal are all just moderately different points along the scale of trading economic harm for the surrender of sovereignty to EU institutions over which we will no longer have any influence.

“I was sceptical for many months about the merits of a second referendum. It would undoubtedly be torrid and I am deeply uncertain what the public would conclude. But I am one of the reluctant converts because the truth is that none of the options being discussed are the Brexit that anyone was told they were voting for in the referendum. A confirmatory vote may be the only way out of the impasse. It may also be the only way for those rejecting a fudge from either side of the argument to have a chance of getting what they want.”

Friday’s meeting will get underway at 7.30pm and is scheduled to last for an hour and a half.