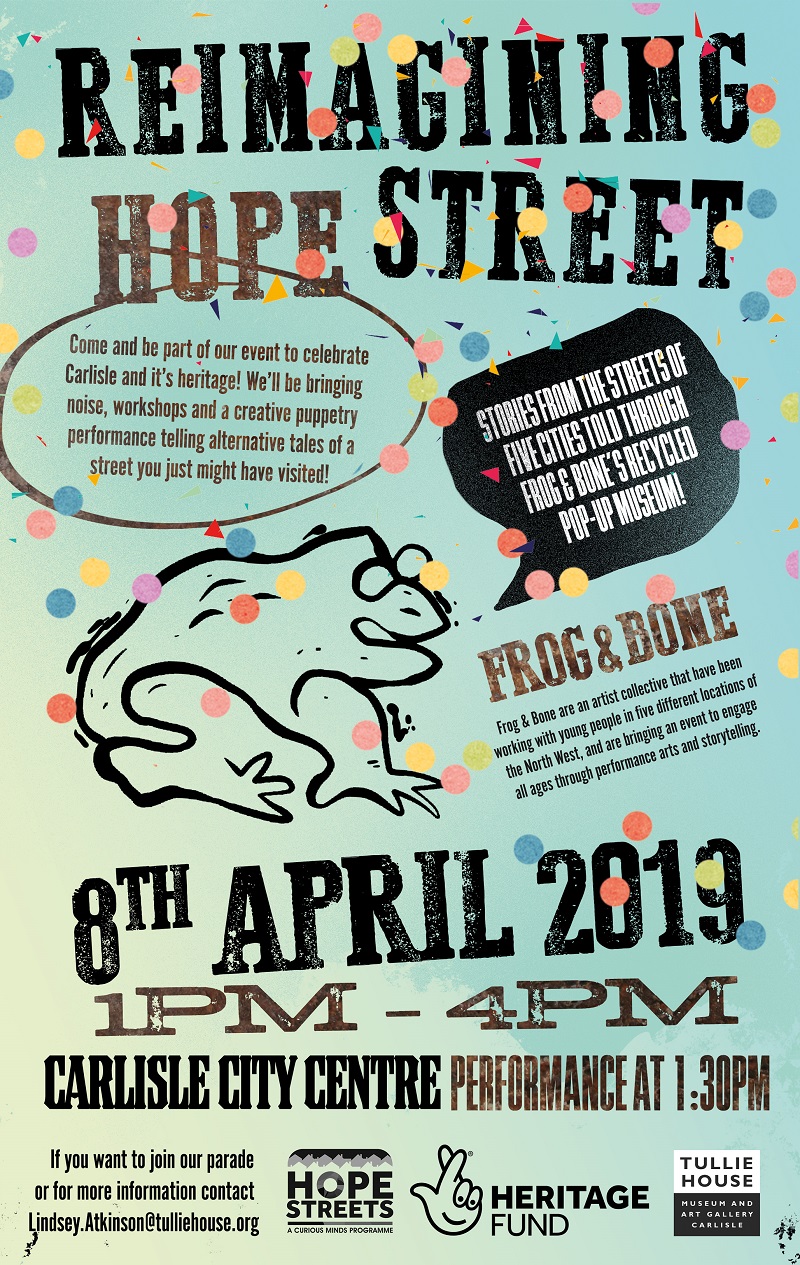 The voices of young people from Carlisle and four other North West cities will be telling alternative stories of each city heritage through Frog & Bone’s recycled pop-up Art Museum.

The ‘Reimagining Hope Street’ event which is taking place from 1-4pm on Monday 8th April in Carlisle City Centre will be a fantastic cultural showcase, using puppetry, story-telling, costume and props to re-tell the stories of Carlisle and four other locations in the North West.

Tullie House have been working with a group of fantastic young people to research local stories, give them their own imaginative spin and create an immersive performance to engage more young people with ideas of heritage. This showcase is also intended as a catalyst to help Tullie House Museum recruit more young people to take on leadership roles in developing our ‘Festival of Hope’, which will take place in 2020.

The programme’s aim is to transform the way museums work with young people, and involve them in programming and, decision making to create museums that match the needs and aspirations of young people in the twenty first century.

Project lead Lindsey Atkinson (Community and Young people Co-ordinator, Tullie House) says: ‘This project is unique because we’re being encouraged to involve young people in every decision and in every step of the process which is how it should be done. We believe young people have huge potential and should be able to create their own opportunities for exploring the arts, heritage and culture.

We would love to see other young people at the event and we’re looking forward to meeting anyone who might be interested in working with us to create next year’s festival.’

Monday’s performance will begin at 1.30pm in front of the Old Town Hall and will be followed by creative workshops by artists from Frog & Bone.