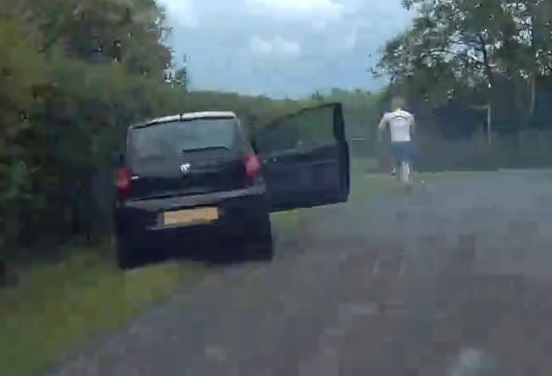 A YOUNG motorist led police on a dangerous high speed chase through a north Cumbrian village in a vehicle stolen during a test-drive.

Kieran Telford-Coulthard, 20, attended a Haltwhistle garage in June last year when he was allowed to borrow and try out a Volkswagen Urban Fox which he failed to return.

Two days later, police learned Telford-Coulthard had crashed the car into a ditch in the Dalston area, near Carlisle. As officers attended the incident, they gave chase after seeing him behind the wheel of a vehicle which had just been pulled from the ditch by a tractor driver.

During the pursuit, police reached double the 30mph limit through Dalston. Dash-cam footage showed Telford Coulthard overtaking vehicles on the wrong side of the wrong. He also failed to stop at one junction and almost hit a female pedestrian at another.

After leaving the village, Telford-Coulthard, of Crakeside, Dalston, crashed the car and vaulted a fence as he ran off, but was located at his home.

He admitted dangerous driving, taking a vehicle without consent, driving otherwise than in accordance with a licence and no insurance.

He initially failed to appear before a judge for his sentencing hearing. But he was brought to Carlisle Crown Court earlier today (WED), and jailed for nine months, sobbing in the dock as his lawyer told how his partner was heavily pregnant and soon due to give birth.

He was also given a two-year driving ban and must take an extended re-test.

“Anybody on the streets of Dalston, watching that car, would have been thinking ‘how on earth hasn’t someone been killed or seriously injured?’,” Judge James Adkin observed. “It is pure chance.”