A YOUTH worker who illegally sold laughing gas with balloons at the Kendal Calling music festival has been jailed.

Rahib Miah, 27, also a would-be teacher, was handed a 15-month prison sentence today (THURS) for offending uncovered by an eagle-eyed security guard at the annual event near Penrith on July 28 last year.

Miah was seen five feet away from a young female in a “glow tent” on the site who began to inhale the contents of a balloon.

He was approached and searched. Ninety-five nitrous oxide (laughing gas) canisters were found both in his rucksack and a shoulder bag he was carrying, along with a large quantity of balloons and more than £1,000 cash. 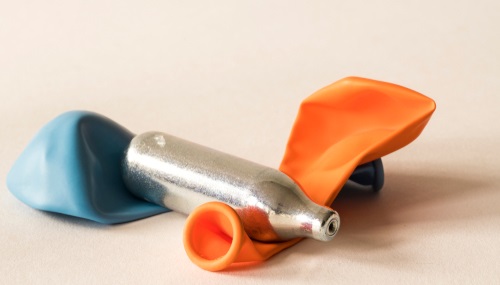 After being apprehended, Miah said “I tour festivals for fun”. Analysis of his mobile phone showed he had received a message days before the event saying “can you sort some N. O.?”, while he had sent one which read: “About to go to festival. Nice. Make money bro.”

Miah initially denied any wrongdoing, claiming he took “about 40 to 50 a day to chill out”, but later admitted the offence of possessing a psychoactive substance with intent to supply.

A probation officer told the court Londoner Miah, of Grafton Road, Camden, was a youth worker also pursuing a college course in teaching. In response, Judge Peter Davies remarked: “You shouldn’t be anywhere near a school.”

Passing sentence, Judge Davies said Kendal Calling attracted teenagers who were “packed off there by parents with money to get in and any other attractions they may feel are appropriate.”

“Immediate imprisonment is not avoidable in my judgement,” the judge concluded. “There has to be a sentence that tells people that in this county and at this festival – which is fast coming upon us – that drug-dealing will not be tolerated.”

A corkscrew-carrying robber who threatened to slash the face and kill a pensioner after entering her Kendal home has been...