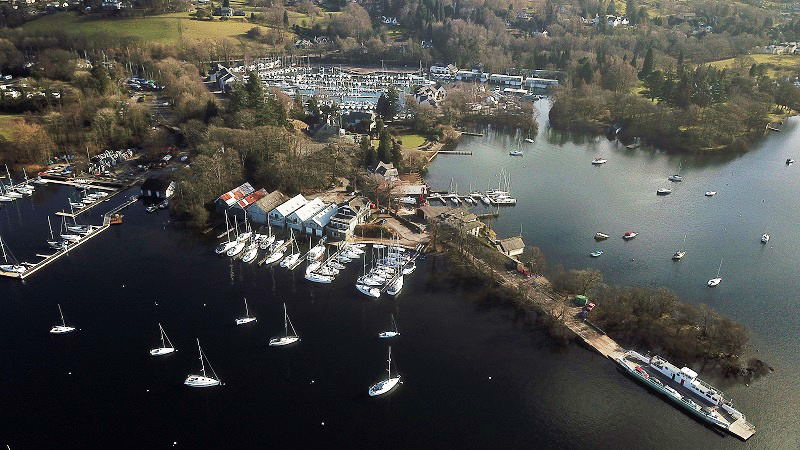 Born out of the devastation of Storm Desmond in a bid to boost tourism in the aftermath, the Windermere Boast Show set about to let everyone know that life on the lake was alive.

Now in its fourth year, the Lake District’s only boat show, which generated an estimated £1 million to the local economy and drew in 5,000 visitors over a weekend last year– is also turning its attention to locals when it returns in May.

“Yes, it is a boat show, but it’s not just about boats. We want the Lake District to become renowned as a great place for water sports and adventure activities both on and off the water. There is so much to see, do and be immersed in within the lakes, we should not rest in bestowing the virtues of the area,” says event director Joe Beaumont.

“We not only want to make people aware of how accessible water sports are to families in the Lake District, but show them how much is available on their doorstep and enable them to try new things.

“While we want to showcase everything the lake has to offer on and off the water, we want locals to try something new while they are here and be more involved with the show, rather than just spectate. So, we’re putting on free activities, including stand up paddle boarding, kayaking, sailing and mountain biking.

“And, we want to inspire tourists to get out of their cars and onto the fells and lakes and entice them to spend quality time here, rather than just a day touring around the towns in their cars on a day trip, which we hope will boost local businesses.”

As part of the initiative to get people out of their cars and exploring the Lakes in an eco-friendlier way, SonderBikes will be offering free guided trips across the lake to Claife Heights throughout the show.

And, for those who have never really sampled life on the lake, outdoor centre YMCA Lakeside will be offering Canoe Journeys, so people can try something new, while the RNLI and the mountain rescue teams will be letting people know how to stay safe on the lakes and fells during visits to the Lake District.

Environment awareness and how to make a difference while enjoying the Lake District will also play a part in the day with SeaShepard –a marine conservation charity with a mission to end the destruction of habitat around the UK’s coastlines – on hand to talk about the valuable work they do safeguarding eco systems.

Lakeside, which for the past 50 years has improved and enhanced the lives of more than a million children and young people – including some of the most disadvantaged, will also be highlighting their Changing Lives appeal at the event in a bid to raise the remaining funds required to redevelop South Camp with a modern accommodation and learning facility.

Mr Beaumont has made it his personal mission to host a unique show after seeing many businesses suffer after the flooding caused by Storm Desmond.

He adds: “It’s been incredibly important to me to provide a show which is testimony to the strength, resilience, determination and passion of the businesses, activity providers and the people of Cumbria.

“The first year we held the event to show that Cumbria was open to business, but actually we realised it was a great opportunity for the local community, the boating community and visitors to get together. It has become a real celebration of life on the lake that everyone can join in and one that promotes living a healthy lifestyle while having fun.”

When the boat show returns May 17-19, Windermere will be awash with more than 150 boats, from small motor boats to large luxury yachts for avid boat fans or those just wanting a nosy to step aboard to sample sailing life.

Over the past few years Windermere Boat Show has become the event for unveiling of new boats and the testing of prototypes.

Habitent’s initial prototype for their readymade and adjustable cockpit enclosure was conceived, proved and tested on Windermere.

They will be back again this year and owner Christine Hamilton, said: “With the support of many Lake District sailing professionals, we decided to develop the design. Some time and several prototypes later the Habitent was born to meet all the high standards that are now demanded by boat owners.”

This year promises even more with Cranchi Yachts, who will be mooring up their sleek z35 / z26, and visitors can watch boat-making in action as Fyne Boat kits will be handmaking one of their wooden boats during the show.