Police Constables and members of the public have received Chief Constable’s Commendations after coming to the aid of a woman who had suffered life-threatening injuries in a road traffic collision. 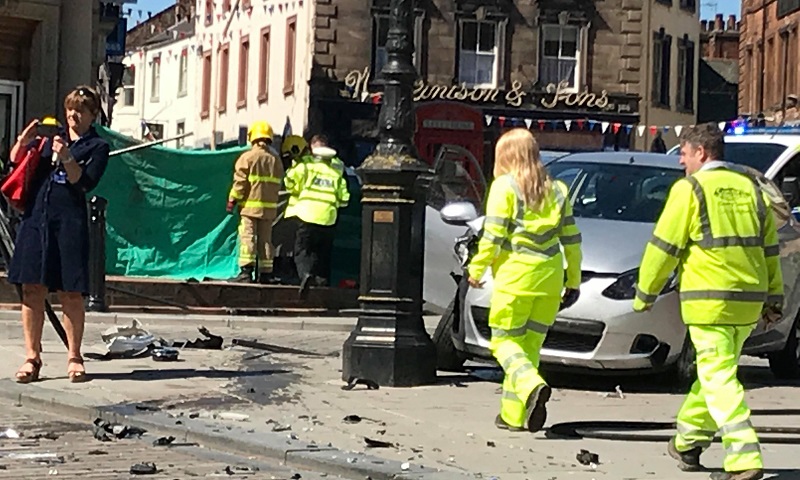 On 14th May 2018, a road traffic collision occurred in Penrith town centre after a vehicle mounted the pavement and collided with a female pedestrian causing serious, life-changing lower limb injuries.

Constables Mark Smith and Tony Sharpe were on patrol in the town centre and witnessed the incident. Both officers immediately tended to the casualties and administered first aid with help from Constables Maja Labram and Chris Newman, as well as members of the public Tim Lorton, Keeley Storey and Rita Mallinson. The actions of those involved without doubt saved the life of this individual.

Chief Inspector Richard Quinn said: “This was a particularly traumatic incident which occurred in the centre of Penrith.

“Both the Police Constables and the members of the public showed great courage and resourcefulness in the way they immediately reacted to what was a life-threatening situation.

“Without their swift intervention the terrible collision could easily have ended in tragedy.”

The officers and members of the public have also been awarded with a certificate from the Royal Humane Society.

Police Constable Mark Smith paid tribute to those members of the public who stepped up to help.

He said: “The praise from this incident should go first and foremost to the members of the public who so quickly responded to this incident.

“They did some absolutely fantastic work which allowed myself and other emergency service colleagues to do what we needed to do.”