A CHARITY has thanked those daredevils who took the plunge on Sunday and helped raise thousands of pounds during a sponsored bungee jumps/fun day event in Carlisle.

More than 20 people did the jumps from a cage suspended 145ft in the air from a crane at Creighton Rugby Club in Sycamore Lane to bring in funds for Carlisle Mencap.

The event, witnessed by hundreds of people, was the spectacular finale of a weekend of fundraising activities organised by Carlisle Mencap to mark the climax of its 50th anniversary celebrations.

Other events included a quiz at the Cumbrian Cheesecake Company’s café in Infirmary Road on Friday night and a concert at The Brickyard in Fisher Street, Carlisle, on Saturday night featuring top Jimi Hendrix Tribute band Are You Experienced? With support from Keswick-based singer-songwriter J Lewis.

Phil Taylor, events and fundraising officer for Carlisle Mencap, said: “It was a busy but very successful weekend and we are delighted with how it has gone. Once all the sponsorship money is in we should have raised a very tidy four-figure sum which will go towards our vital services and support for people with learning disabilities across Cumbria. A big thank-you to sponsors Kingmoor Park Properties and Enterprise Rent-A-Car, and to our venues Cumbrian Cheesecake Company, The Brickyard, the music acts and Creighton Rugby Club – but the real heroes were all those who did the bungee jumps!” 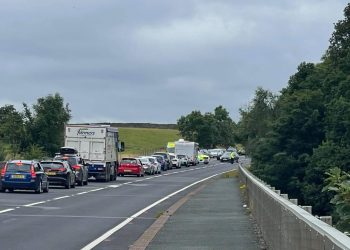