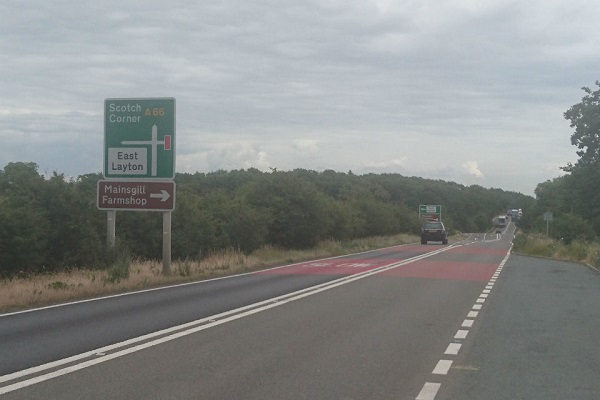 Highways England has issued a huge ‘thank you!’ to the thousands of people who’ve contributed to the opening consultation about £1 billion plans to dual the remaining single carriageway sections of the A66 between Penrith and Scotch Corner.

More than 2,000 people attended public consultation events across Cumbria, County Durham and North Yorkshire with others giving their views online and by post. Comments were received on a variety of options which include constructing bypasses around key villages, building new lanes alongside existing sections of the road, and improving busy junctions at Kemplay Bank roundabout in Penrith and with the A67 at Barnard Castle.

The consultation was launched on Thursday 16 May by Transport Secretary Chris Grayling and closed last night (Thursday 11 July). Public consultation events with plans of the potential options on show were held in Penrith, Appleby, Gilling West, Richmond and Barnard Castle.

Highways England senior project manager Matt Townsend said: “The general mood across the 20 consultation events was enthusiasm for the project which is encouraging – but it was also reassuring that people felt they could raise any concerns or suggestions and provide us with genuine local intelligence and insight.

“We’d particularly like to thank the communities which hosted the consultation events for their hospitality and warm welcome – we’ve had nothing but enthusiasm and support.

“The plan now is to take a detailed look at all the feedback and identify any themes or consistent concerns and feed that into the process as we work to bring forward our preferred options for each section of the road.”

Highways England is developing plans to fully dual the remaining six single carriageway sections, which total 18 miles of the complete 50 mile route. This will provide improved benefits to journey time reliability, safety, network resilience and connectivity for nearby villages and towns.

The A66 is both a nationally important road, linking Penrith in Cumbria with Scotch Corner in North Yorkshire, and a key regional route. It is a hugely important route for freight traffic across the United Kingdom and as the main link to the Lake District and North Pennines to the East of England.

Upgrading the A66 route will provide enormous benefits to people living locally but will also change the way people travel round the UK, improving connections from Scotland to the east coast of England and Belfast’s port traffic, via Stranrear, onwards to ports including Hull and Felixstowe.

More information on the project is available at www.highwaysengland.co.uk/A66TransPennine