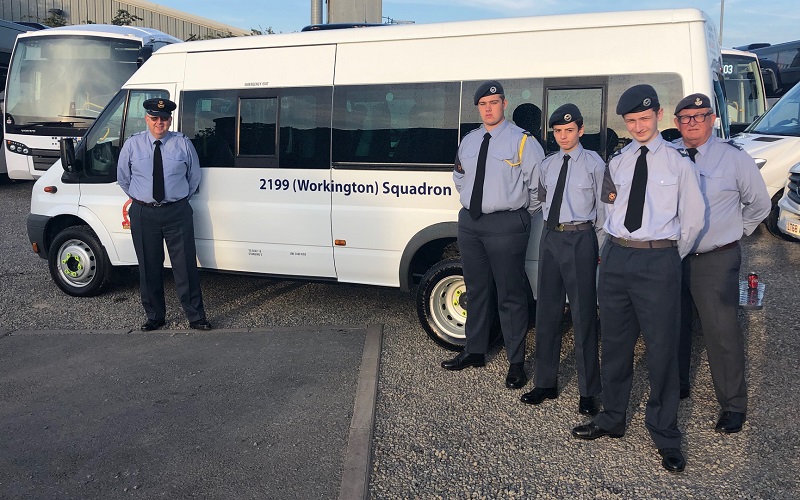 Reays Coaches gifted the minibus to the local Squadron 2199 Workington RAF Air Cadets after their old mini bus was deemed beyond repair.

Workington Air Cadets can once again be transported on activities, thanks to Reays generously donating a minibus. Other local Squadron groups will also benefit as they often buddy up with Workington on activities such as flying and sports to utilise transport, as wider funding is not always available to support these. The minibus will also be used further afield to help support North Region Music Camps which bring cadets together from the whole of the North of England, Scotland and Northern Ireland.

Regional Music Officer (North) John D Thomas who is a Supernumerary Officer with Workington Squadron commented: “It’s such an incredible gesture from Chris and the rest of the team at Reays which will be a huge benefit for us. Whenever we want to go anywhere, we must hire a vehicle which costs a lot of money. We are incredibly grateful for the generosity.

“Chris has supported our old vehicle for the past 5 years, ensuring it was available for us to use, so when it became no longer financially viable to maintain, he quickly came forward and said that he would supply us a new vehicle.” 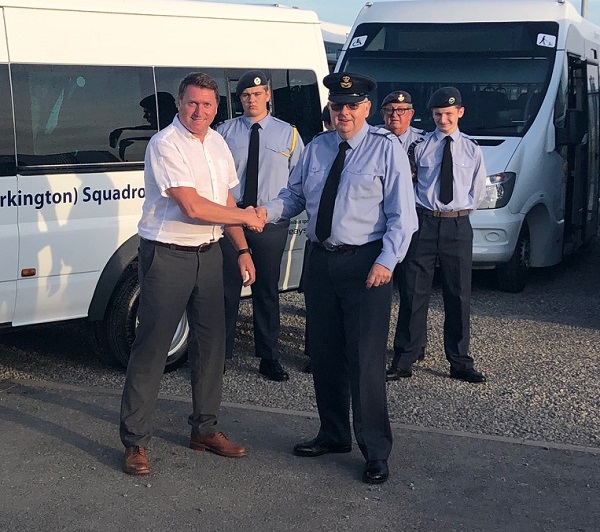 Managing Director, Chris Reay handed over the keys to the minibus to Regional Music Officer (North) John D Thomas and other local Cadet members from 2199 Squadron earlier this week and already the Squadron have lots of plans for its use.

For more information about Reays and the services they offer visit www.reays.co.uk or call 016973 49999

A man has been arrested following an assault, involving three men, in Barrow. The incident, on June 18, happened around...