A man who killed his mother in her West Cumbria home has today (24 July) been sentenced.

Lee Sowerby, 45, of Honister Drive, Workington, admitted a charge of manslaughter by diminished responsibility and was sentenced today at Preston Crown Court.

The court heard how, on 22 January 2019, a 999 call was received reporting a 69-year-old woman had been stabbed at her home address in Dearham and was dead. The call was then ended.

A first responder arrived at the address to be met by Lee Sowerby who said he was responsible.

As the responder returned to her vehicle to collect her equipment, the police arrived at the scene and arrested Lee Sowerby.

Lee Sowerby was taken into custody and made admissions to officers.

At court today he was sentenced to life with a minimum of 11 years and made subject of a hospital order.

Detective Inspector Andrew Donnelly of Cumbria Police said: “I would like to thank those officers who initially responded to the 999 call for their attempts to save the victim’s life at the scene and the detectives who worked thoroughly and professionally to secure this conviction.

“This incident has obviously had a devastating impact on the family and our thoughts are with them at this time.” 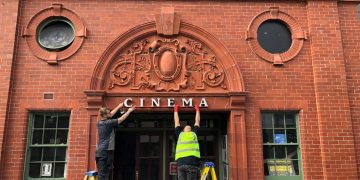