A MAN who threatened a fellow motorist with a 2ft-long extendable baton after a road rage incident has been given a suspended jail term.

Carlisle Crown Court heard how Brandon Borenstein had to “slam on his brakes” as Huw Gareth Evans’ Mercedes left a drive way close to the A685 near Brough on October 20.

Words and then gestures were exchanged between the men. During a chance encounter in the village, Mr Borenstein pulled over to resolve the issue.

But 55-year-old Evans “saw red”, approaching Mr Borenstein’s vehicle and telling him: “I’m going to smash your head in.”

Evans then produced an baton which he extended to its full two-foot length, causing Mr Borenstein to feel “absolutely terrified” and later state: “I thought I was going to get killed.

He drove off and Evans, later traced, admitted threatening a person with an offensive weapon in public.

Hunter Gray, defending Evans, of Pennine Hotel, Kirkby Stephen, told the court: “He really doesn’t hold any ongoing angst towards him (Mr Borenstein), accepts he was in the wrong and apologies to him directly.”

Recorder Eric Lamb heard Immediate prison would have a “profound” effect on Evans’ partner, their business and eight employees. Recorder Lamb suspended a 12-month jail term for a year, ordering Evans to complete a rehabilitation activity requirement. “Your conduct in Brough,” he observed, “does you no credit whatsoever.” 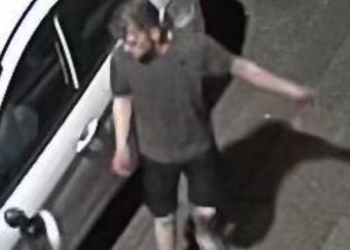