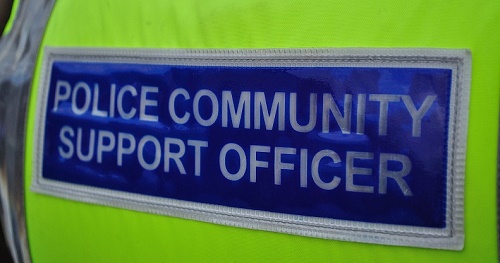 Police are urging parents to ensure that their children are behaving responsibly following an increase in antisocial behaviour incidents.

Officers this weekend, particularly in north and West Cumbria, received numerous reports of antisocial behaviour incidents including an incident where a stone was thrown at PCSO in Carlisle. The incident, which occurred in the Raffles area on Sunday shortly after 5.10pm, resulted in a dispersal notice being issued. The PCSO in question was uninjured.

Superintendent Matt Kennerley said: “We are appealing to parents to speak with their children about what they are doing and the moral responsibility we all have in response to the coronavirus outbreak. The government’s advice is for people to socially distance themselves from one another in order to reduce the spread of the virus. This is not a time for young people to congregate in large groups and certainly is no excuse to behave in an antisocial manner or commit criminal offences.

“We are investigating the incident in Raffles where one of our PCSOs was targeted by a group of young people. Fortunately the stone missed the PCSO, but this does not in any way excuse such an act.

“This is a time for communities to work together and support one another as we all face such unprecedented challenges. I would urge all young people, as difficult as it may be, to take on board the advice by government and stay at home. Help save lives and do not cause misery to other members of the community by behaving antisocially.

“Our officers and staff are doing all they can to support the response to the coronavirus outbreak and we certainly do not need to divert our resources to deal with such appalling behaviour. I can assure our local communities we will deal with such incidents appropriately and that such behaviour will not be tolerated.”

Anyone with information or who had the incident in Raffles is asked to contact police on 101 and quote incident number 134 of 22 March. Alternatively you can contact Crimestoppers, anonymously, on 0800 555 111.

Here are the mobile speed camera van locations for June 23.