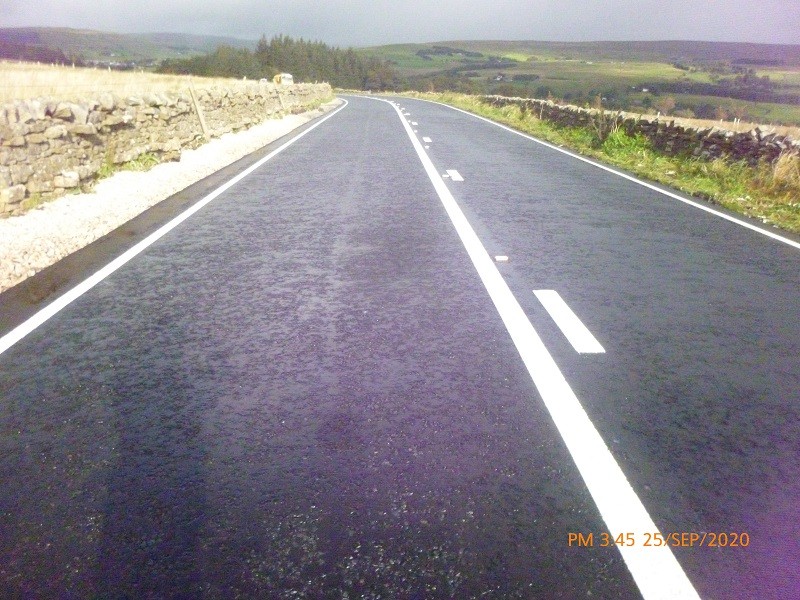 Cumbria County Council has completed major highway improvement works on the A686 at Meathaw Hill near Alston ahead of schedule.

Works started on Tuesday 1 September with a proposed schedule of five weeks.  However, due to the mild and dry weather, and the commitment and hard work of our staff and contractor teams,  the works were completed in four weeks, resulting in less disruption and inconvenience for road users.

This final stage of resurfacing works completes an investment of approximately £1.8m and is the final stage of a four-year programme of highway improvement works on the A686, which also included drainage improvements.

In total, approximately 9.5km of the A686 has been resurfaced, with associated drainage improvements during the last four years.

Cllr Claire Driver, Cumbria County Council’s Local Member for Alston and East Fellside, said: “I’m so pleased that we were able to get these works completed more quickly than thought. This has meant less disruption for local people, and helped relieve the pressure on business affected by the closure.

“The local community has worked together to promote the town throughout the improvement works, which will benefit communities around Alston for years to come. A big thank you to all of the teams involved for their efforts to get these works completed ahead of schedule.”