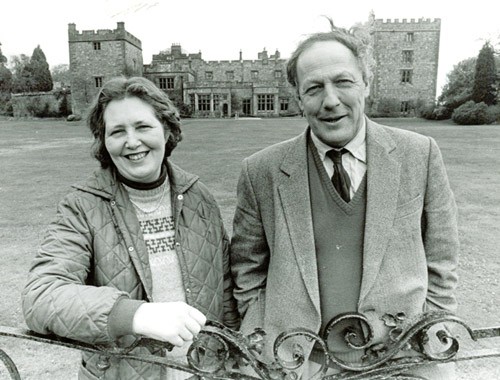 Patrick Gordon-Duff-Pennington, aka “Patrick of the Hills” who has died aged 90 was the booming voice of Muncaster Castle in the Western Lake District and the hard-working hill farmers of Scotland and Cumbria for many years.

Patrick was a brilliant communicator who could talk to anyone and bring a smile to their faces.

He loved to be controversial and would say the most outrageous statements with such a charming twinkle in his eye and his tongue firmly in his cheek that most recipients thought he was joking.

Usually, he was deadly serious. An amazing memory and fierce determination were gifts from his mother and his education mainly taught him that “diplomacy is the art of telling plain truths without giving offence.”

Patrick delighted in standing up against any government or those in authority, firing off letters or calling politicians of all persuasions on the telephone to bend their ear to the plight of whichever dispossessed group he was fighting for at the time, usually those with an agricultural or rural agenda. 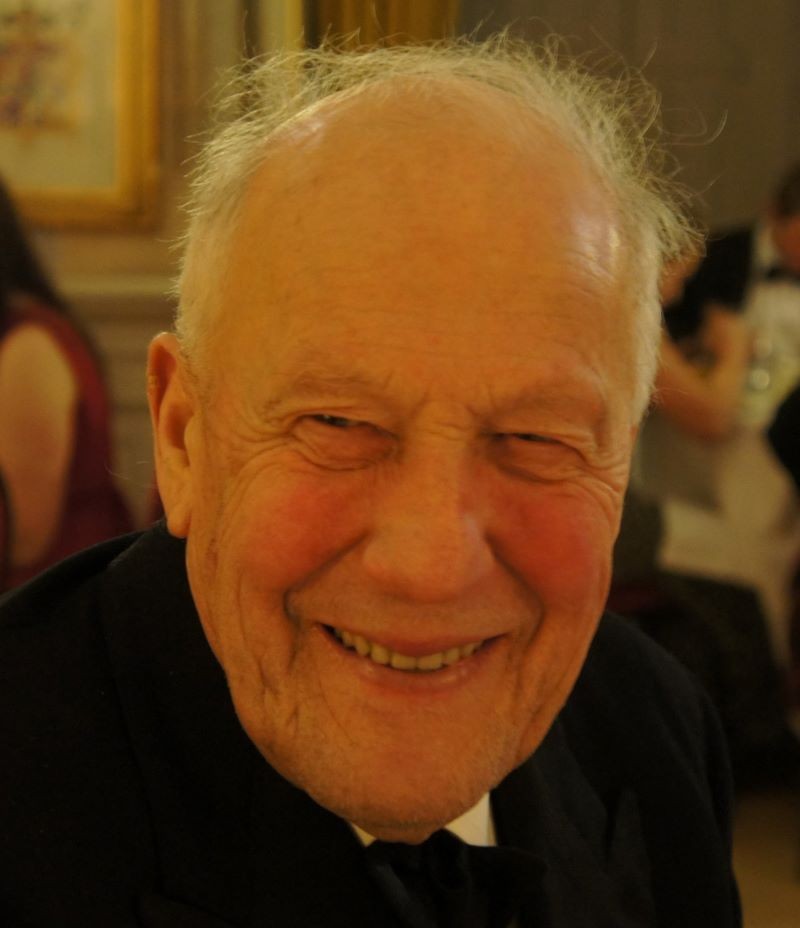 Emails, social media and smart ‘phones he never understood and he has now achieved his long-held ambition of dying without ever having turned on a computer.

Patrick grew up in Moray in the north east of Scotland and was educated at Eton and Oxford before National Service in the Cameron Highlanders.

He carried the Regimental Colours at the Queen’s Coronation Parade in 1953 through the rain. His parents disapproved of him becoming a shepherd in the wilds of Scotland and in 1955 he married Phyllida, adding her surname of Pennington to the two fine Scottish surnames already in his possession.

Many years later he made the mistake of accepting a reverse charge call at 3am in the morning from a rather drunk Scottish gentleman residing in Fort William who had been reading the telephone directory and demanded to know what right he had to three surnames?

Patrick couldn’t answer him but ever after refused to accept reverse charge calls.

His marriage produced four highly independent daughters who he brought up on a mixed hill farm in Dumfriesshire before moving with his beloved wife to her ancestral home of Muncaster Castle in the Lake District in the early 1980s.

While Phyllida and their daughter Iona made an excellent job of turning it through sheer determination and hard work into one of Cumbria’s leading tourist attractions, he promoted it brilliantly in between working in the gardens and travelling throughout Scotland and Cumbria working for various agencies. 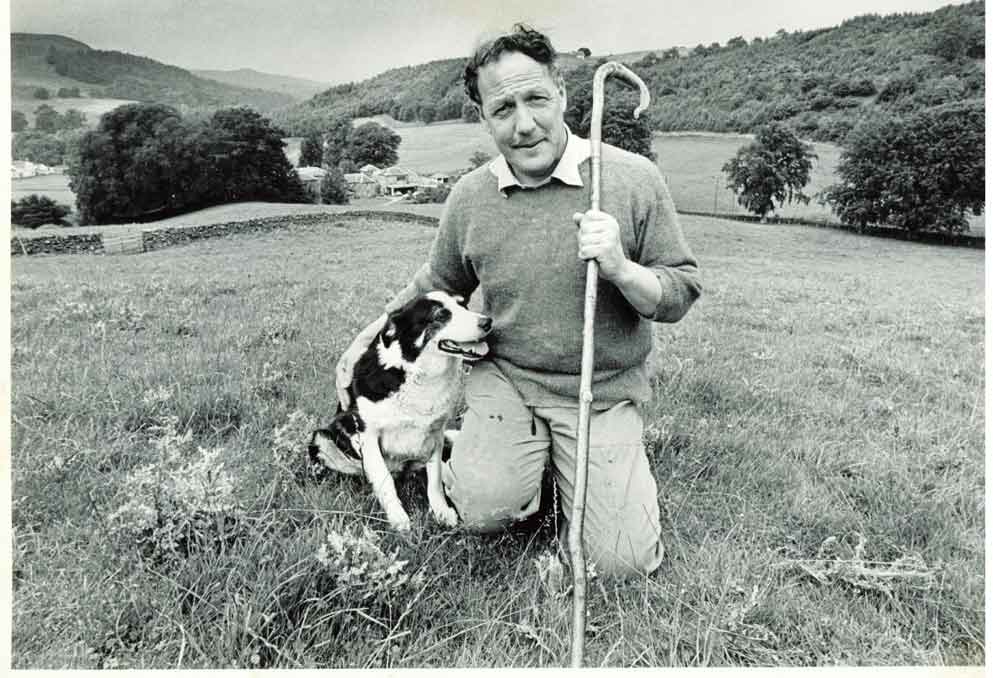 He wrote to Mikhail Gorbachev in 1986 just after the Chernobyl disaster deposited clouds of radioactive dust on the Cumbrian Fells but the Russian Embassy refused to accept his letter as they didn’t believe anyone had three surnames and thought it was a hoax.

Nevertheless, Patrick persisted which resulted in a long association with the British Soviet Friendship Society and a tour of collective farms in Siberia followed by a return visit with two Russian farmers to Cumbria who spoke no English.

No matter; Patrick drove them round the Cumbrian fells introducing them to various farmers, laughing and singing all the way.

Patrick also had a lengthy connection with another family concern, Ardverikie Estate in Scotland, serving for quite some time as managing director.

Ardverikie starred as Glenbogle House in the BBC TV series Monarch of the Glen and stood in as Balmoral in the film Mrs Brown and more recently The Crown TV series.

Along with Factor Geordie Chalmers in the 1980s, Patrick was instrumental in installing an hydro-electric scheme at Ardverikie which saved the Estate.

Patrick would light up any room he entered with his amusing tales and irreverent outlook on life.

He was especially proud of an ancient coat held together with orange binder twine and with more holes than tweed.

He even once became the centrefold in one edition of Japanese Playboy fully clothed in this dishevelled coat standing with the magnificence of Muncaster behind him.

Although worried that his father-in-law would have disapproved of finding his castle’s photograph surrounded by tasteful pictures of naked  ladies, Patrick was more concerned that he had been described as an “English eccentric” despite his Scottish heritage.

Regardless of his prickliness in dealing with those in authority he was awarded the MBE and later the OBE for services to agriculture and served for many years as a Deputy Lieutenant for Cumbria.

All a bit at odds with some of his profuse poetry which he resolutely took every opportunity to sell to unsuspecting Muncaster visitors whom he enjoyed ambushing while thinly disguised as a hard-working gardener.

For example, in The Home of Lost Causes he ends:

“It clings to me tenaciously,
The wish to dig a pin
In any set establishment
Which thinks it’s sure to win.
I do not like the Tories,
Dislike the Labour Left,
The SDP & Liberals,
Of policies bereft.

So because I’m always guaranteed
To say what can’t be said,
I think I’d better stick to being –
An anarchist instead.”

Patrick always had a boyish enthusiasm for life and an interest in people which never left him. He worked hard for crofters, farmers, artists and tourism.

He was a wonderful communicator particularly with young people, advising them to be true to themselves, treat others as you would wish to be treated yet always to stick two fingers up at those in authority and keep them on their toes.

Patrick did much to bring people together and made a lot of people’s lives easier.

A commonly held view of those he met was that they were lucky to have known him and he brought light and laughter to many.

He will be fondly missed with a smile on their faces by his four daughters, eight grandchildren and three great-grandchildren and a myriad of folk all over the world and far beyond the bounds of his close family and friends.

Dream on, Patrick of the Hills. Whether in heaven or hell you will be entertaining once more those who have gone before you and will now be glad of your company again. Bless you and thank you.