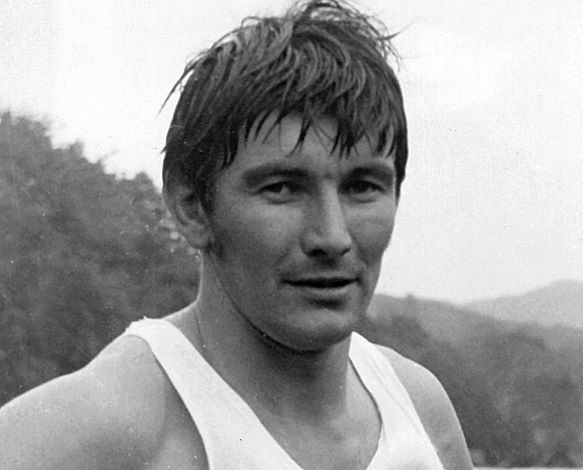 The world of wrestling is in mourning following the death of Roger Robson aged 78.

Roger had battled with a long-standing illness for 25 years. He died peacefully at home.

President of the CWWA, Chris Bland said: “Cumberland and Westmorland wrestling has lost a real stalwart.

“Roger was steeped in the sport with a father and uncles who all competed.

“As a competitor himself, he was a ‘true gentleman’ always taking a ‘fair’ hold and never seeking to gain an unfair advantage.

“In his newspaper reports he frequently referred to people who were putting something back into the sport, but no one put more back than Roger Robson.

“When Bob Horsley (Clicker to those who can remember) died in 1978, Roger stepped in and took on the role of doing a weekly report on wrestling in the Cumberland News.

“He was ideally suited to the job with his English specialism as a teacher and a complete knowledge of the sport, being a competitor from a young age.

“Roger was our “reporter” for 41 years which truly shows his commitment to the sport.

“He was also a member of the governing board from 1975 and held several roles including president from 2005-2009 being re-elected for a second term in 2011.

“He will be sorely missed  and we give thanks for all that he has contributed to our sport during a lifetime of involvement.”

Born the son of a mole-catcher in a family of hill-farmers, he was brought up in Alnwick, Northumberland.

From his father teaching him as a child the basics of a family tradition, and his first win at Rochester Show in the under-11s, Roger stayed involved with Cumberland and Westmorland wrestling for nearly 70 years.

Although he never held a championship title, he won the Grasmere Guinness trophy for best performance in 1964 when he won the 12 stones event.

He became the first in his family to attend University, gaining a degree in English literature at Durham and it was there he met Jill, his wife of more than 55 years.

He spent the first five years of his career at a private school in County Durham. He left partly out of a desire to work in state education, moving to Cumbria in 1970 and joining the English department at Trinity School, Carlisle.

Jill was also a teacher, head of girls PE at the city’s Newman School.

After two years he made the short journey to St Aidan’s as head of English, and stayed there until 1993.

His love of the sport was also passed on to his children and grandchildren. Roger was very proud of granddaughter Gemma when she won the Ladies Open at Grasmere in 2019.

From all over the country tributes have flooded in.

Tributes from abroad include those from members of the International Federation of Celtic Wrestling.

Roger was instrumental in forging links with other wrestling organisations, especially the Bretons which led to the formation of the IFCW.

Linda Scott, chair of the Cumberland and Westmorland Wrestling Association added: “We have lost a great wrestling advocate, historian, mentor and friend. Roger had time for everyone and enriched the lives of many. He will be a huge miss but will forever remain in our hearts and our memories”.

A private cremation will take place at 1.40pm on Tuesday, January 19.

The cortège will leave Castlefield, Ivegill at 1pm and travel via Stockdalewath, Raughton Head and Dalston to the crematorium. Feel free to bid Roger goodbye en route.