Drivers and pedestrians are urged to take care this morning as the Met Office issues an ice warning.

Although more snow overnight was predicted, ice is likely to form on some untreated surfaces with difficult conditions on some roads and pavements this morning.

Today and tomorrow, an area of rain pushing eastwards is expected to turn snow in places as it encounters colder air across Scotland and parts of northern and eastern England.

At first the main hazard may be rain falling onto frozen surfaces leading to ice, especially on higher level routes. 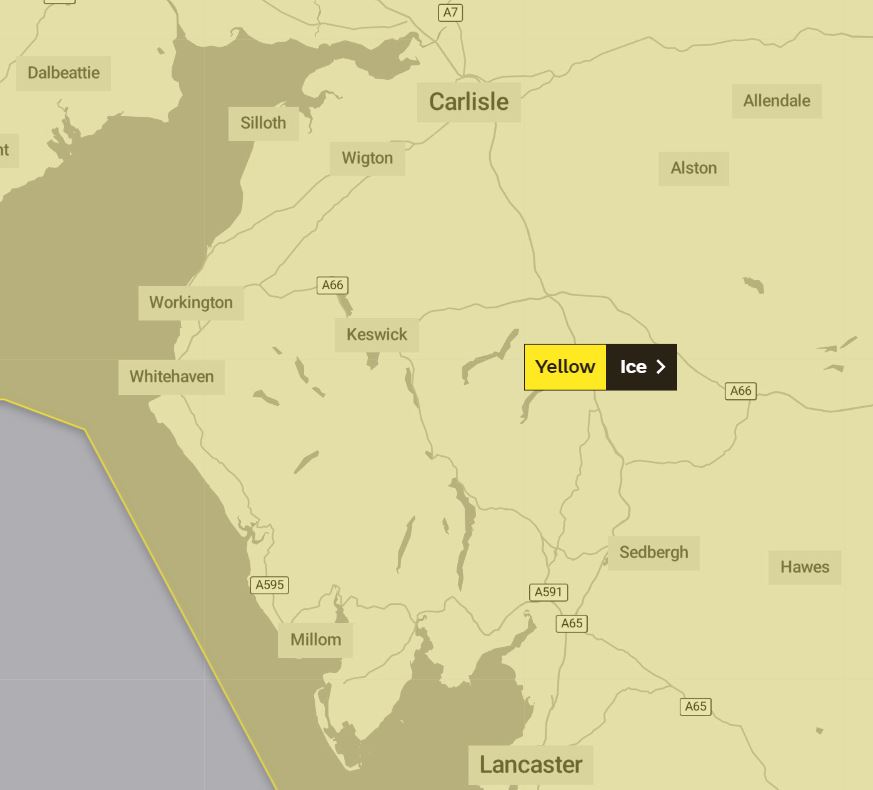 However snow becomes more likely during the early morning. Heavier snowfall is more likely above 200m in Scotland and northern England, where 5-10 cm of snow may accumulate, possibly 20 cm on highest routes.

At lower levels and further south, 2-5 cm of snow may accumulate in places, but the situation is finely balanced, the Met Office says, with the possibility that most lower-lying areas, especially in the east, will see rain or sleet rather than snow.