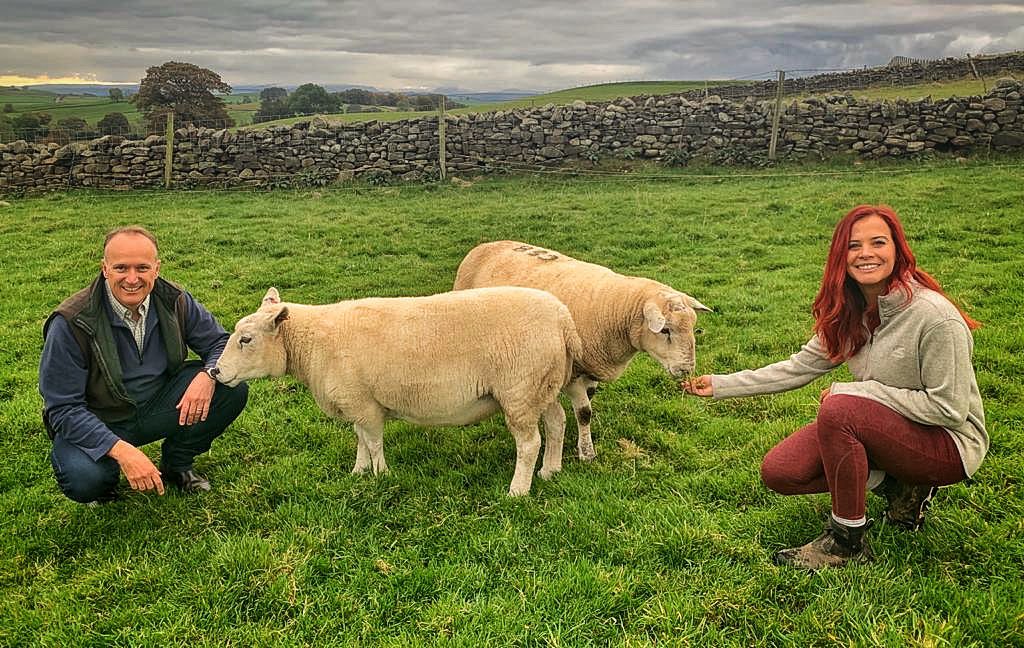 The Red Shepherdess is supporting the campaign to save Newton Rigg College.

Hannah Jackson has joined forces with Penrith and the Border MP Neil Hudson.

It was revealed last year that York-based Askham Bryan College had decided to stop running courses there from the summer.

Hannah, a first generation farmer, said:  “I was more than happy to add my voice to the groundswell of local opinion that Penrith and Cumbria need Newton Rigg College to remain open for business.

“Having worked with Neil on campaigns around high animal welfare standards and the needs of the farming community I know that he is passionate about securing a future for Newton Rigg.”

The announcement caused mass outcry and two bidders came forward after a strategic review was launched into its future by the Government.

The review rejected both bids because they did not meet the requirements to take it over, according to a Government strategic review.

There is now a window of opportunity for the consortia to resubmit their bids.

Recently, Dr Hudson and MPs from across the region wrote to Prime Minister Boris Johnson to ask him to back he campaign to secure a viable future for the college.

A statement from Dr Hudson said: “Hannah’s support for the campaign comes a matter of days after a brilliant video was release by Cumbria Young Farmers on why Newton Rigg is so important to them.”

Hannah added: “Watching the Cumbria Young Farmers video also brought it home that Newton Rigg is a vital part of the community. I fully support Neil in his campaign.”

Dr Hudson said: “I am delighted to have Hannah onboard in our campaign to save Newton Rigg.

“She is a shining example of what a career in agriculture can provide, not only to Cumbria but also the wider UK and internationally.

“I know Hannah was keen to add her voice as the next generation of young farmers will be educated at agricultural colleges just like Newton Rigg.

“I am determined to keep fighting for my constituents and I hope that we can help to secure a viable future for Newton Rigg, the only agricultural college in Cumbria.”