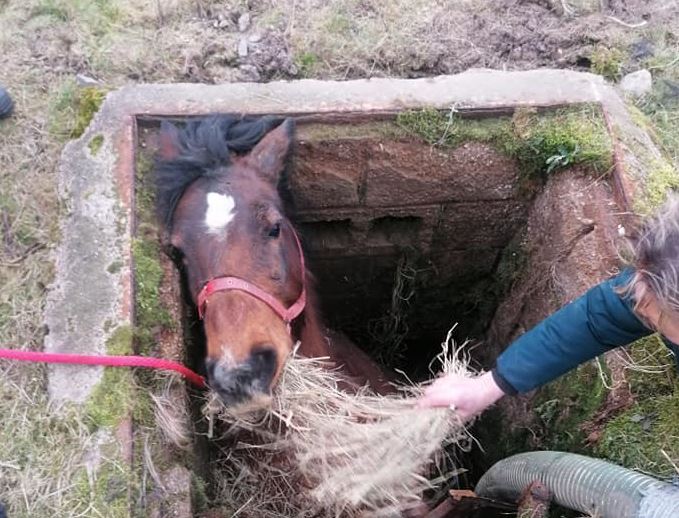 A horse trapped in an access to a slurry pit was rescued by the emergency services in a three-hour operation this morning.
Fire crews from Kendal and Milnthorpe stations, Kendal on call and others were called at around 9.55am after the horse became stuck in the access point.
The 26-year-old horse Angel was trapped in a hole around one metre by one metre.
Crews worked tirelessly along with the farmer to free the horse, using the farmer’s two diggers and telehandler.
The crews quite the horse out, then used animal rescue kit to lift the horse to safety. 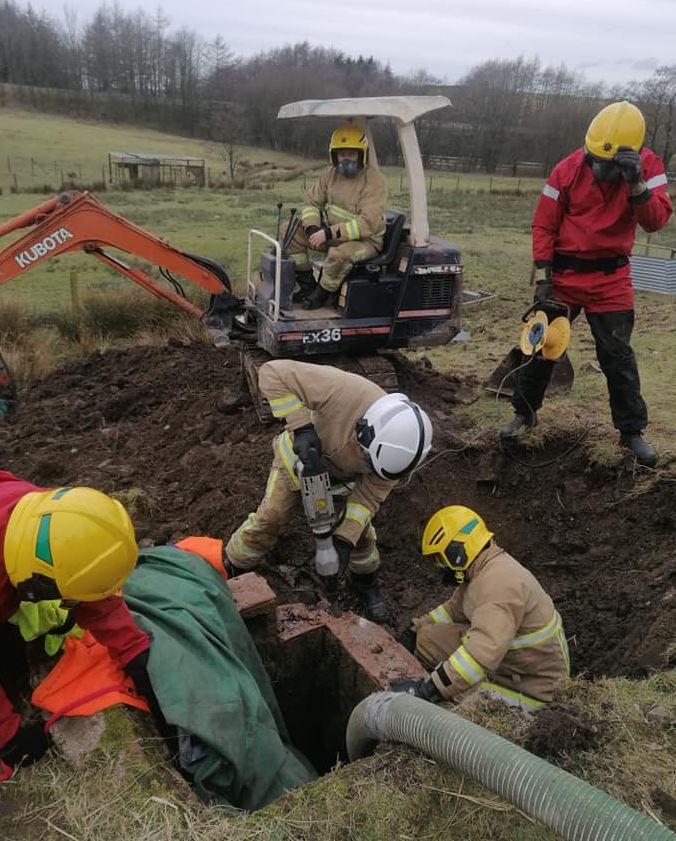 A post on Kendal Fire Station’s Facebook page said: “This was a very difficult job in difficult conditions and huge thanks must go to Milnthorpe crew whose knowledge of animals and the building trade were priceless.
“Well done to all involved, a real team effort which lasted approximately three hours.
“The horse was successfully rescued and is now hopefully going to make a full recovery.” 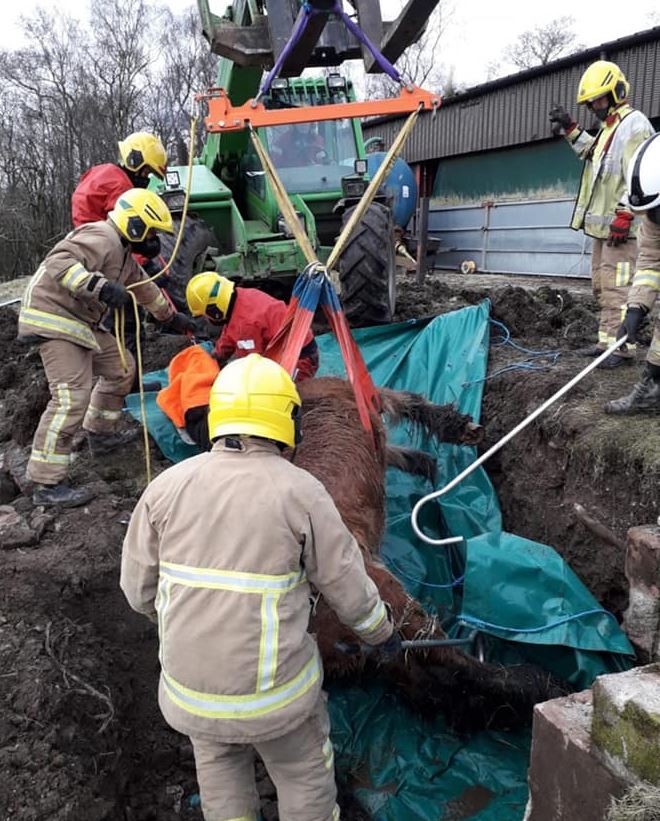 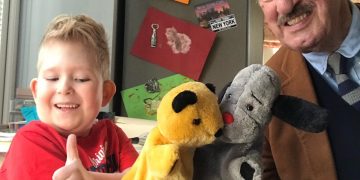