A Cumbrian MP is calling on the Government to include his local football team in a national pilot event due to start next month.

Simon Fell is hoping Barrow AFC will be included in the launch of a new Events Research Programme, which will include a series of pilot events using testing measures, in preparation for a full rollback of restrictions planned for June 21.

The EFL League Two side are hoping to be a part of the programme and their bid has garnered the support of Barrow MP, Simon Fell.

In a letter to the Minister for Sport, Nigel Huddleston, Mr Fell calls on the Government to “consider Barrow AFC, who stand ready to play their role in welcoming fans back to football.”

In his letter, the MP refers to the wider health and wellbeing benefits to the local community being permitted to go and cheer on the Bluebirds.

In his letter, Simon said: “For many of my constituents their health, mental and physical, goes hand-in-hand with being able to follow their club, especially in these trying times.

“Barrow AFC is more than just a football club – it is the backbone of our community.”

Speaking from his constituency office in Barrow, Mr Fell added: “Once the Events Research Programme begins in April, the Bluebirds will be at a critical point in their season.

“Barrow fans are among the best in the football league. Sadly, they have been deprived of the opportunity to back their team from the terraces of the Progression Solicitors Stadium, except for three games in December.

“These games went very well from an attendance perspective, with more than eight hundred people present at each game. At that time, the club received praise from Barrow Police amongst others, for how well organised everything was.

“I hope that the Government agree to include Barrow AFC in the upcoming programme, so that supporters can cheer their team on at this crucial point in the club’s season, and to provide a welcome boost to local people’s health and wellbeing after what has been a gruelling period.”

Levi Gill, chief executive of Barrow AFC said: “We’re grateful to Simon for his support at what is a challenging time for sports clubs across the country, both amateur and professional.

“Barrow AFC were fortunate enough to have supporters in attendance at three games earlier this season and given the exemplary behaviour of those fans who came along and the really positive feedback we’ve had from various authorities, we feel we have a strong case for taking part in the Events Research Programme.

“If the country is to recover as quickly as possible from the debilitating effects of this prolonged lockdown, it’s essential that we spread the recovery across all areas of England and ensure that teams in the north-west are just as prepared as our colleagues in other regions for when we return to normal.

“As a club we’d be proud to play our part in that recovery effort via the Events Research Programme.” 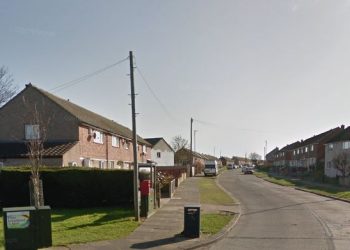 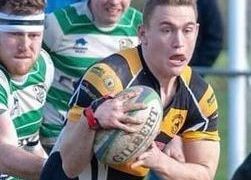