Three flood alerts and one warning in Cumbria 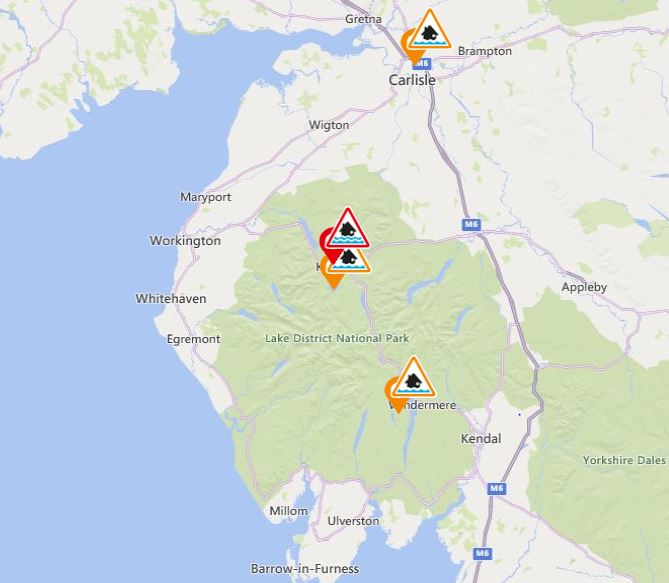 Three flood alerts and one warning remain in force after heavy rain in Cumbria.

The Environment Agency has a flood warning – which means flooding is expected and immediate action is required – in place for Keswick Campsite.

It states: “Levels on Derwentwater remain high at the Lodore Gauge as a result of heavy rainfall earlier this week. Further rainfall overnight is keeping the level of Derwentwater up above the flood warning level.

“As a result, we do not expect levels to drop below the flood warning until Sunday. Flooding is expected to continue to affect low-lying areas bordering the shores of Derwentwater and to the frontage of the Keswick Camping and Caravan Club Site.

“We continue to closely monitor the situation. Please avoid using low-lying footpaths around the edge of Derwentwater and near rivers.

Flood alerts – which mean flooding is possible and be prepared – are also in force for the following areas: