A Cumbrian man who has gone that extra mile to campaign for meaningful care home visits to be restored has been shortlisted for a prestigious award.

Graeme McGrory, 66, from Dearham, was nominated for an Alzheimer’s Society Dementia Hero Award for Campaigning.

The virtual awards ceremony, which will be presented by Richard Madeley and Judy Finnigan, will take place on May 20 during Dementia Action Week (May 17-23).

Sponsored by Tunstall Healthcare, the awards will showcase the stories of people doing outstanding things during the pandemic – Alzheimer’s Society’s dementia heroes.

She is registered as partially sighted and is living at Dalton Court, a Priory Adult Care Home in Cockermouth, due to the high level of specialist care she needs.

Before the pandemic, Graeme would visit Ann five or six times a week, but this ended abruptly when lockdown began.

Despite his heartbreak at missing Ann, Graeme has worked tirelessly to fight for meaningful visits in care homes and to raise public awareness of the issue.

He has also been involved with fundraising for Alzheimer’s Society in the past and has supported the charity’s campaigns by generating media interest both locally and regionally, including on BBC Radio Cumbria.

Graeme is also a member of several dementia support groups on Facebook where he offers help and advice based on his experiences with Ann, and he supports several groups that campaign for the rights of care home residents such as John’s Campaign, Rare Dementia Support, Relatives and Resident’s Association and Rights for Residents.

“Keeping busy helps me fill the void I have as a result of not being able to visit Ann for a few hours almost every day as I would have before,” said Graeme.

“That was all taken away. I had to readjust. Ann’s main memory of me had gone but the memory of my voice was still there and I could make her laugh by telling silly stories.

“Sadly, that seems to have gone now too, but that’s what I’m hoping to get back.”

Graeme and Ann first became friends in 1987, but on Valentine’s Day 2000 their friendship became a partnership.

In 2007 Ann began to have difficulty using her keyboard at work and driving became so difficult that she had to give it up.

But it wasn’t until 2010, at the age of 59,  that she was diagnosed with posterior cortical atrophy (PCA) dementia which affects vision and spatial awareness.

Alzheimer’s Society was the couple’s first port of call to help deal with the shock of the diagnosis.

“I went to Alzheimer’s Society almost straight away and I had a really helpful support worker,” said Graeme, who stayed at home to look after Ann full-time.

The couple continued to enjoy their shared loves of music and Graeme held several concerts to raise money for Alzheimer’s Society between 2015 and 2018.

“The idea was to bring music to Ann,” Graeme explained.

“In November 2016 we held a ‘Feel the Blues’ fundraiser and Ann spontaneously got up and danced.

“That was the last time we were able to dance together.”

In 2019 Ann moved to Dalton Court, but with the lockdown restrictions during the pandemic, Graeme had to go months at a time without seeing her.

Limited visits have been restored and on April 16 Graeme has arranged a special live music concert for Ann to celebrate her 70th birthday at Dalton Court.

Earlier this year Graeme joined John at a meeting with Cumbria County Council where he was able to tell his story directly to Councillor Patricia Bell, the Executive Member for Adult Care, Health and Colin Cox, Director of Public Health and Pam Duke Assistant Director of Provider Services and Baroness Sue Hayman of Ullock, who has raised issues in House of Lords on behalf of Ann, Graeme, and Alzheimer’s Society.

Graeme is now hoping to be given essential caregiver status, which will allow him to visit Ann much more frequently, be involved in her daily care, personal emotional support and wellbeing. 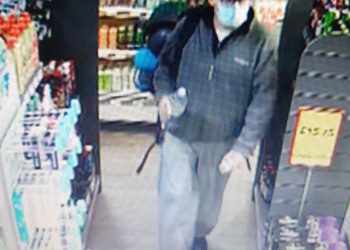 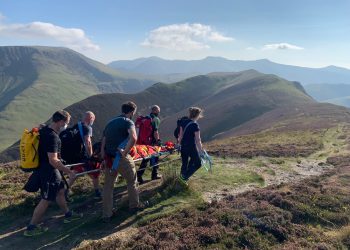 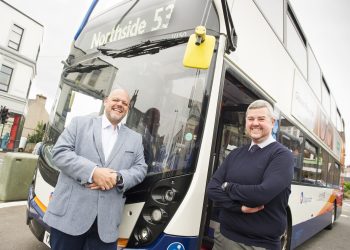 Tourism and hospitality businesses from across the Lakes and South Cumbria have signed up for a major jobs fair aimed...