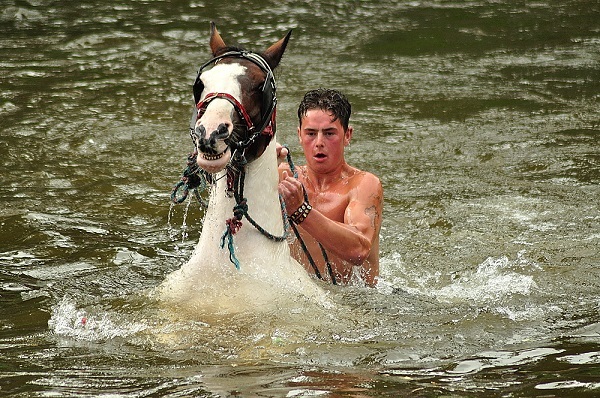 Appleby Horse Fair will go ahead this year – subject to any potential changes to Government guidelines surrounding coronavirus.

An agreement was reached that the group would support the fair to take place from Thursday, August 12.

Les Clark, chairman of the group and deputy chief executive of Eden District Council, said: “In reaching this decision the group has had to weigh many factors.

“It is preferable for everyone involved – local settled people, Gypsies and Travellers and the local authorities – for Appleby Horse Fair to happen on a set date.

“Had no date been set, there would be an increased likelihood of ad hoc gatherings which nobody would be prepared for.

“Whilst the Government roadmap currently states that large events can take place from June 21, it was the preference of the group that a new date for Appleby Horse Fair be selected later into the summer to allow the vaccination programme valuable extra weeks to roll out.

“Selecting a date has been a difficult process.

“As the traditional date is not viable, there has had to be compromise on all sides. As chairman, I would like to thank everyone for their patience and for their willingness to find common ground during what is a difficult time for everyone.”

The plans will be impacted if there are any changes to the Government’s roadmap to recovery or any other restrictions are deemed necessary by the Government.

The group said it would monitor the situation over the coming weeks and months with regards any changes in the Government’s regulations, recommendations and guidance – particularly with regards large gatherings.

Mr Clark added: “Supporting a safe fair is and will continue to be the principle objective of the group and everyone involved.

“It is important for people to recognise that the same rules with regards the coronavirus will apply to everyone so, if restrictions continue to be lifted as planned, people will be free to travel throughout the UK, including to Appleby.

“It is also important that everyone understands the reality of Appleby Horse Fair.

“It is a gathering and not an organised event. As such, we rely heavily on good faith and a positive relationship between the local, settled community, the Gypsy and Traveller community and all the supporting services and organisations involved.

“We ask that the Gypsy and Traveller community sticks to the August date and urge people not to make plans for visits at other times.

“It is also important to stress that the change in date will not set a precedent. These are exceptional circumstances and, as life returns to something approaching normality, the expectation will be that the fair returns to its traditional date.”

“Everyone will have the opportunity to plan a summer break in the UK so it is important that the Gypsies and Travellers who wish to do so have the same opportunity.

“However, I urge people to stick to the August date and not to make plans to come at other points in the summer.”