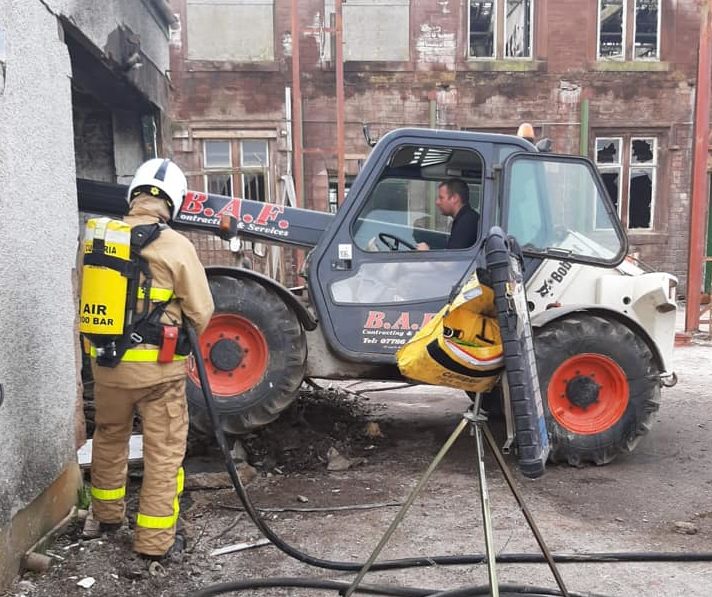 The director of a business says the “persistent and extensive” problem of anti-social behaviour has cost her firm thousands of pounds.

Amy Edwards, 23, managing director of BAF Contracting Ltd on the Former Kangol Factory Mills site in Cleator, says she has experienced at least seven or eight incidents of anti-social behaviour in the area since moving onto the site two years ago.

She estimates that the damage caused by the incidents have cost her business about £25,000.

Firefighters have attended a number of fires on the site in the last two years, the most serious one happening last April.

BAF Contracting was praised by firefighters as it helped teams in their efforts to tackle the blaze.

“It adds up over time. We’ve helped the fire service, which we don’t mind doing, but it takes us off paying jobs.”

Amy is raising her concerns with councillors, police and Copeland MP Trudy Harrison about what she says is a lack of action to address fires, breaking and entering, theft, graffiti and abuse on the site.

“The amount of anti-social behaviour is persistent and extensive. We have actually come to accept that it is actually quite a lot,” she said.

“We have spoken to police after every time and nothing has happened. We have been here two years and it is still not sorted out, if anything it has actually got worse.

“I have started a petition at Change.org which we will put to people.”

She says since she started the petition, there has been further action by police in the area to tackle the issue and has praised Trudy Harrison for her support.

A police spokeswoman said “Where we see multiple incidents of anti-social behaviour the neighbourhood policing team will declare the area a priority location for the police and our partners.

“There have been four reported incidents of anti-social behaviour to police since September 2020, two are still under investigation and, one with an unknown offender and another resolved through community resolution.

“We would encourage the public to continue to report anti-social behaviour as this is the best way to direct resources to the right areas to combat these incidents.

“Anyone with any information regarding anti-social behaviour is asked to contact police on 101 or Crimestoppers anonymously on 0800 555 111.”

To view the petition, which so far has more than 150 signatures, click here.