Carlisle United manager Chris Beech says his team need to be more clinical in the final third as the Blues were held to a 1-1 draw against Leyton Orient on Saturday.

A penalty from summer signing Tristan Abrahams in the eighth minute was cancelled out by a Harry Smith equaliser with 16 minutes left on the clock.

“It happens in football at every level,” Beech told Carlisle United’s website. “I just said well done to the boys because they played really well, especially in the first half.

“We’ve got to make a little bit more of the chances and opportunities we create to make sure we have an end product. It’s the neat pass, the good touch or shot we need in those moments.

“We had loads of space on the left-hand side in that second half, and we got into it, but maybe Brennan (Dickenson) was overcooking his crosses a little bit.

“We kept going, we kept plugging away and we were so close off Zach Clough’s free-kick at the end. Manny (Mampala) should have touched that really and it would have been the winning goal we thoroughly deserved.”

“Full credit to Leyton Orient for keeping going and like I said pre-game, they’ve got some good players and a good manager, and they’re well supported that way,” he continued. “They’re definitely not just going to give up, particularly in the early part of the season.

“Me and Kenny Jackett were talking about that before the game. All of the teams in every division are optimistic at this stage, nobody throws the towel in, as such, and we certainly don’t.

“It’s something we haven’t done since I’ve been here. I feel for everybody because we worked so hard and definitely, in my opinion, we deserved those three points.”

Abrahams made it two goals in four games when his penalty gave Carlisle the lead early on.

“It was a bit of a soft penalty, does it or doesn’t it touch his arm,” the manager said. “There were far more handballs in that half that were more obvious and that weren’t given.

“They probably feel a bit hard done by from that but, in my opinion, and I don’t really want to see players get sent off, but the full-back has been booked and then he’s allowed to commit two fouls after that point.

“The one on the byline isn’t the greatest of fouls, it was a bit rough, so yeah, they’ve helped him stay on the pitch by ignoring it. Kenny is always going to take him off at half-time when that’s the case.

“There was frustration that every half decision went their way, and we seemed to have to work very hard to get ours. Joe Riley ran the length of the pitch, and he was fouled from behind.

“He stays on his feet, and that’s because he’s desperate to score, so it becomes a play-on type situation. I wouldn’t advocate this but if he goes down the lad is sent off and we get a free-kick, but there you go.”

Beech believes his team deserved more than a share of the spoils.

“We definitely feel we deserved it, but we didn’t get it,” he said.

“We’re giving ourselves good moments and we’ve just got to be more ruthless, show a bit more composure. We’re so good and we’ll get one, two or three breakaways a game of two of theirs against four or five of ours because the lads are so committed and fit.

“We seem to be picking the hardest pass, ignoring the runner or taking the shot too early. It’s those times when we need to slide our mate in so he can put the ball in the back of the net.

“Great effort from the lads for that, and it’s not a criticism, but when you want the win people will look at it not being converted into goals and say the obvious statement to it.

And on Swindon’s goal, the gaffer said: “It’s so fortunate for them, it really was. There’s a bit of a big whack upfront, we’ve let it bounce and it’s then a tickle into midfield.

“It was very similar to Sheffield United’s goal, and they are so fortunate from the lad’s touch that he is suddenly put through.

“Initially I thought he was offside, he probably isn’t, but if you meet the ball when it first comes in nobody is talking about the rest of it. The half mistake we’ve made since we’ve been back from preseason has been punished.

“And it came because it went a little bit, not on our terms, didn’t it, just through them hitting the frontman with long balls. You can’t help but get deeper in those situations, and of course, we want to be further up the pitch.

“I was pretty pleased with the response after their goal, we had some good ins, but we have to try to maximise it. We were looking to get ahead again, but we didn’t.

“Looking at all of the goals we’ve conceded this season, we’ve actually had three moments where we haven’t quite got it right and goals have come from it.

“We didn’t deal with an average wide free-kick at Swindon, and the Sheffield goal was like this one.

“That’s very good because we’re seeing the unforced errors come along to less of a degree. That’s important because it means we’ll move on from it.” 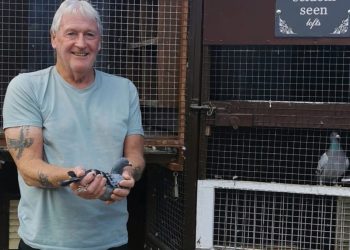 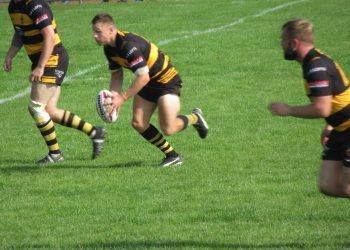 In pictures: Quartet of wins for Wath Brow Hornets 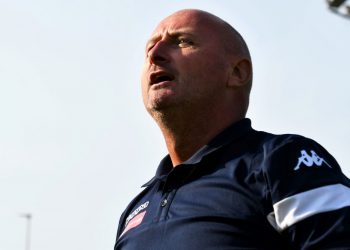