A lecturer from the University of Cumbria has played a pivotal role in a new Channel 5 documentary series, Secret Life of the Forest, set to broadcast tonight.

Cain Scrimgeour, a wildlife media lecturer at the university, was a camera operator for the ITN production and was approached for his expertise, having been a freelance wildlife film-maker for several years in addition to his lecturing role.

Being a local resident of Kielder meant that Cain filmed much of the programme on his doorstep, capturing the wildlife of Kielder Forest and Northumberland and the work of local people there, which he felt had been undocumented until now.

The filming took place over a year in 2020, during the height of the pandemic, and he felt being out in nature was of huge benefit to him during that time.

Cain said of his experience: “During the first three weeks of the lockdown I was tasked with filming at home, so I set up a tank to film the life cycle of frogs we had collected from our neighbour’s garden pond, to show the development from frogspawn to tadpoles.

“I also filmed birds visiting the garden, but luckily I gained key-worker status shortly afterwards and was able to return to filming in the forest.

“It was an interesting experience as most of Kielder was shut with limited staff and no visitors, I almost had the place to myself. Being out in nature was certainly a benefit, and without the distractions of modern-day life.”

Cain is hopeful that the show will encourage more visitors to the area and inspire people about their own local wildlife.

The four-part programme, narrated by Downton Abbey actor, Hugh Bonneville, is set to be a spectacular tribute to Kielder Forest in Northumberland, a haven for wildlife, the best dark skies in England and award-winning art and architecture.

Each episode charts the course of a different season, from the first buds of spring to glorious falling leaves in autumn. An ode to the sweeping landscape, rare wildlife, and fascinating characters who live and work there.

Cain’s cameras capture the various wildlife residing in England’s vastest forest including roe deer, red squirrels, pipistrelle bats, otters, ospreys and more, as the woodland changes over the course of the year.

Cain is a passionate naturalist, photographer, and filmmaker. Since graduating from the University of Cumbria with a BA (Hons) Wildlife Media degree in 2012, he has worked as a freelance camera operator, filmmaker, and guide for a variety of organisations and production companies including BBC, ITV, the Wildlife Trust’s and the RSPB.  He specialises in natural history and time-lapse based content.

Cain’s freelance work as a wildlife filmmaker and photographer has enabled him to work in incredible locations across the world, seeing species and landscapes that continue to inspire him now.

Laura Baxter, Wildlife Media Programme Leader, Institute of Arts, University of Cumbria said: “We’re immensely proud of the achievements of all our staff, students and graduates, who are making an important collective contribution to conservation and raising awareness of biodiversity challenges through media.

“Cain is an integral member of our team and a role model to our students and graduates as the next generation of conservationists, media makers and wildlife specialists”.

The University of Cumbria Wildlife Media programme allows students to develop artistic and creative skills in fields such as media and video production and photography alongside learning and exploring scientific areas of zoology, biodiversity and conservation. 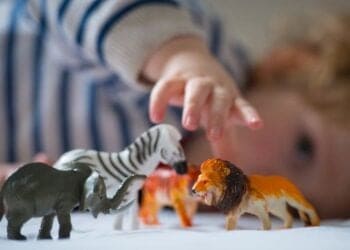 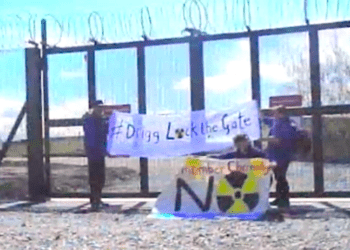 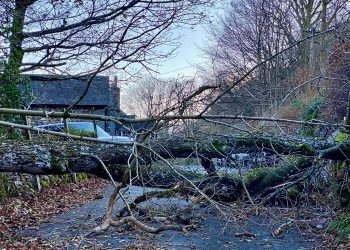 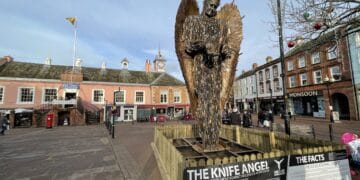 The Knife Angel sculpture in central Carlisle is a clear sign the public have had enough of knives and knife...