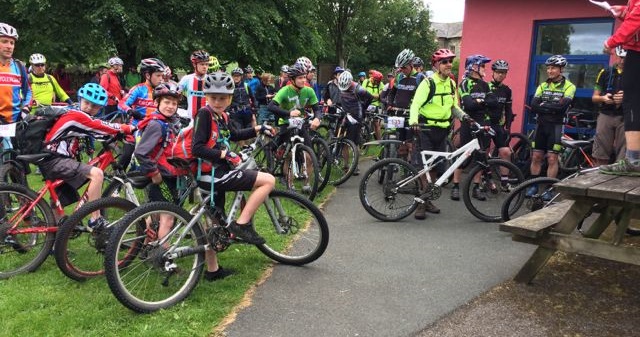 On Saturday the 24th June, Crosby Ravensworth Church of England Aided primary school hosted the inaugural “Slack Randy Mountain Bike Challenge”, an off road mountain bike ride taking in some of the most spectacular scenery and nature reserves and other sites of special scientific interest (SSSI) around the surrounding fellsides. With a huge variety of landscapes from limestone pavements, woodland, open fell, meadow, and some faster sections on gravel track.

The event was organised by school parents who having all taken part in a similar event at Dean Barwick School (another Church of England Aided primary school also in Cumbria) decided that they could use the format to host two mountain bike rides, a 25 or 40 kilometre ride. The event took a great deal of planning, and suffered more than one setback on the way, however was a huge success with seventy seven riders taking part on the day. There were over thirty locals and friends who volunteered their help as marshals.

Additional volunteers helped providing complimentary food for the riders, both on route and post ride. Local landowners were approached, and were extremely helpful in moving stock, allowing gates to be left open and even mowing a section of the ride to ensure that the entrants had a fun packed ride. Several local businesses helped to support the event by donating great prizes, discounted and free food. All prizes were given out in a lottery fashion. This event raised over one thousand two hundred pounds which will all be used to fund the running of the school.

Head master Duncan Priestley said: ”We’ve had so many riders come from so far away to descend on our small village school.  It’s been a wonderful event that’s made us all so proud.  We all believe that this is the beginning of something really special – the will is there to make this an annual event that will grow and grow.  From a personal point of view, speaking as a very inexperienced cyclist on a cross bike, I’m just pleased to have got through the day in one piece!  The course was stunning and challenging in equal measure and I’ve learned things about my body that I never thought I would!”

All riders completed the challenge, including the head teacher (Duncan Priestly ) who entered the 40 km challenge.

Feedback from riders was overwhelmingly positive and many commented on the quality of the route and helpful marshals. Although not a race some stunning times were recorded. Times, photos and feedback can be seen on the Crosby School Facebook page.

The event will run again next year on Saturday 23rd June 2018.

On the evening of the same a fundraiser for Cancer Research Relay for Life. This was a “Strictly Bond” casino night in Crosby Ravensworth village hall. Attendees were invited to come dressed in a Strictly come dancing or James Bond theme. They were welcomed with a complimentary glass of prosecco or vodka martini, and then had the opportunity to use complimentary casino chips on black jack and roulette tables.

DJ Fox from Somerset was in the house mixing some great tunes to keep everyone entertained as they played. The event has a great way for anyone who had taken part in the days earlier charity event to let their hair down and have another good time. In total over one thousand pounds was raised which will all go to Cancer Research UK.

Earlier on in the week, a school parent also organised the route for one of the Wheelbase Lakeland Lanequest rides. This is a bicycle orienteering event, whereby over one hundred riders took part in navigating their way around the local countryside.

The cyclists were riding as either solo, pairs, generation pairs, or teams of three and had two hours during which they had thirty checkpoints to navigate to, for which points were awarded. After the event riders could re-charge their batteries in the village community pub “The Butchers Arms” and many riders commented on the best food of the event series so far. The ride raised around four hundred pounds which will be split between Crosby Ravensworth Primary school and Action4Diabetics. 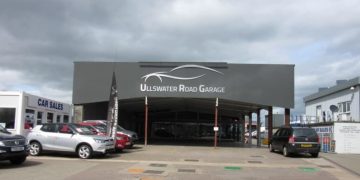