5,000 children tell Barnardo’s the things they love and fear most about growing up in Cumbria

[S]enior officials from across Cumbria are set to be quizzed by a panel of children, as the results of a county-wide survey detailing the things children love and fear most about growing up in Cumbria are made public in a few weeks time.

Around 5,000 children between eight and 12 years old from all different backgrounds have responded this summer to the survey, carried out by children’s charity Barnardo’s, and the findings will be announced in October at a special event where issues of concern to children will be highlighted.

The survey is set to continue until mid-September, and with around a quarter of the county’s eight to 12-year-olds taking part, will make it one of the largest reviews of its kind to give a voice to children in Cumbria.

The aim is to find out what is important to children growing up in the county, what they like, what they worry about most, including for their families, who they would turn to for help and how they and their families can best be supported. 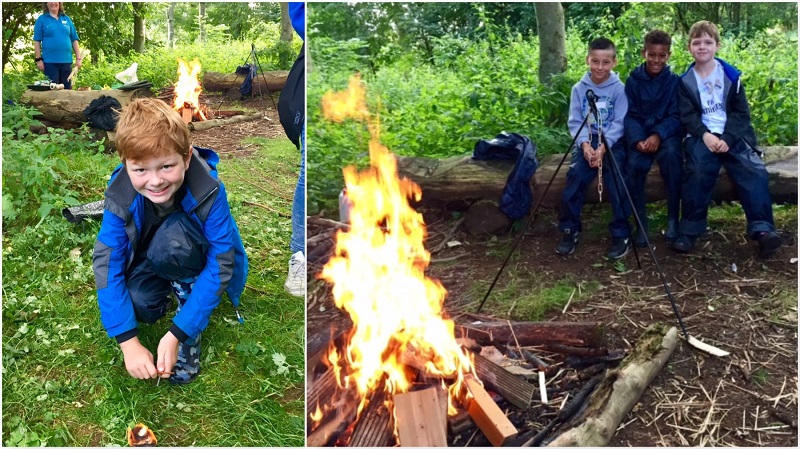 A group of children from areas including Allerdale, Carlisle, Eden and South Lakes are supporting Barnardo’s to organise a Summit 17 event in October, when the findings from the survey will be announced.

Key officials from relevant organisations will be asked to come together on a panel at the Summit 17 event, where they will be questioned by a panel of children in front of an audience of young people and their families, to find out how their issues and concerns are being addressed.

The group of children, aged between eight and 12, who are helping to organise the Summit 17 event took part in a ‘Forest School’ day in August at Newton Rigg College in Penrith, where they spent the morning building dens, making fires and cooking lunch together over a firepit, before getting busy in the afternoon planning the details for the event. Further planning days involving more children are due to take place in late September.

Richard Simpson, Assistant Director for Barnardo’s in Cumbria said: “For the past few weeks, we have been speaking with children at summer, community and leisure events, at Barnardo’s children’s centres, in schools including those for children with special educational needs and disabilities, and anywhere else we can, to make sure that all children’s voices across Cumbria are represented.

“We wanted to get a strong picture of what it is like to be a child growing up in Cumbria today, and as well as finding out about things that make youngsters happy, we also wanted to know what they worry about most, including in their family life.

“The findings will be shared with a large number of agencies to influence the services and information they offer to children and young people, and we have a team of children from across Cumbria helping us to organise an event in which all of these outcomes can be discussed with senior figures from relevant organisations.”

The questionnaires have been carried out with children in relaxed settings, and where possible, in private, so that children’s honest feedback could be captured.

A ‘Comments Campervan’ from Diary Rooms Ltd has also been supporting staff from Barnardo’s to survey the children at events throughout the summer, with a large number of children video interviewed so their views can be fed back to organisations.

The Summit 17 event will take place on Sunday 15 October 2017 in Carlisle, where children and their families are being invited to find out what children have said is most important to them, hear what is being done about these issues and get involved with how adults can pledge to support them. There will also be a whole range of family friendly activities and challenge type events for families to take part in together after lunch.