[T]WO friends who carried out a Christmas Day “revenge attack” on a man who was “left for dead” have each been jailed for 10 years.

Carlisle Crown Court heard how victim Callum Marrs was left with multiple facial fractures and a bleed on the brain after being set upon in Cockermouth.

Mr Marrs told a jury he was grabbed in a headlock from behind, kicked in the face and then dragged into the road during the early hours of December 25 in 2016.

Mr Marrs estimated 43-year-old Neil Johnston – who alleged he had been assaulted earlier outside a town pub – then punched him “20 times”.

Johnston and pal Kenny Stilgoe, 30, were said to have each then used a metal pole to try and strike the legs of the prone Mr Marrs as he tried to defend himself and was “screaming for help”.

Mr Marrs denied doing any attacking, and said he was “left for dead”. His blood was found on the clothing of both Johnston, of Lonsdale Close, Crosby Villa, and also Stilgoe, of Firlands, Carlisle.

Both denied causing grievous bodily harm with intent but they were convicted, unanimously, by a jury today (MON) following a trial. A forensic expert told jurors the garment blood-staining was what she “might expect to see” if the duo had been involved in the assault.

People gasped and wept in the public gallery as Johnston – who claimed self-defence – and Stilgoe – who denied playing any part – each received 10-year prison sentences.

“I am satisfied you acted together in a revenge attack on Mr Marrs in response to something that happened earlier,” Recorder Michael Murray told the pair. 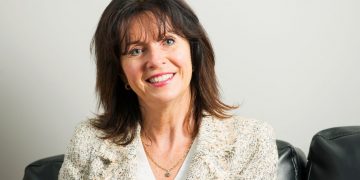 Farmers and agricultural workers are being urged to make health and safety more of a priority after fatalities on farms...