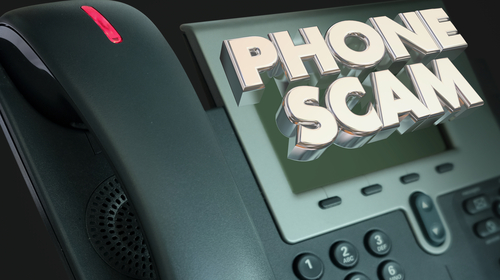 [P]OLICE are continuing to receive calls from members of the public regarding a scam which attempts to gain money.

The scam relates to a member of the public receiving a call from someone purporting to be from HMRC, stating that they owe HMRC money. They are given the option to either pay the outstanding balance, sometimes by purchasing iTunes vouchers or risk going to court at a later date as there is a warrant out for their arrest.

Police have received multiple reports today of such calls, however, from these calls there have been no reports of anyone falling victim to the scam. Offenders continuing to target vulnerable individuals such as the elderly.

A Cumbria Constabulary spokesperson said: “We have sent messaging out over the past months advising people to be vigilant to prevent them from falling victim to such scams.  I am pleased to say that today, no one targeted has fallen victim, but we cannot be complacent. We ask that the community remains vigilant, please speak to any vulnerable friends, neighbours and relatives about such scams to continue to raise awareness.

“Our advice for such scams is to disregard the message. Do not contact them on the number they request you to call on, and do not hand over any money. If possible record the details and if you are in any doubt, contact HMRC to verify the information.

“The HMRC website states they would never use these methods to tell you about a tax rebate, a penalty or even to get personal payment information, and they would not request overdue tax to be paid in iTunes vouchers or similar.

“We also ask retailers, if you get a customer attempting to buy high value amounts of iTunes vouchers, please help that customer by checking it is not being purchased to pay a HMRC tax bill or other debt, and report this matter.”

Anyone who comes across such a scam should contact Action Fraud at www.actionfraud.org.uk or contact the Action Fraud Hotline on 0300 123 2040 as they are the investigatory body for offences of this type.