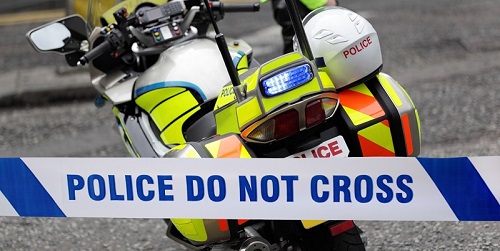 A blue Ford Fiesta left the road and collided with fencing.

A Cumbria Police spokesman said: “The front seat passenger in the car, a local man, aged 22, sustained serious injuries and needed to be cut from the vehicle by Cumbria Fire and Rescue Service.

“He was treated by paramedics before being transferred to the Royal Victoria Infirmary in Newcastle in a critical but stable condition.

A Cumbria Fire and Rescue Service spokesman said: “Two fire engines from Workington and Maryport attended a report of a road traffic collision with persons trapped on Curwen road, Workington.

“This was a road traffic collision involving one vehicle with one person trapped; the casualty was released by fire service personnel using hydraulic cutting equipment and passed to the care of ambulance crews.

“Fire crews were in attendance for approximately one hour and thirty minutes.”

The road leading to the shore was shut throughout the afternoon in relation to the incident.

Any witnesses are asked to contact Cumbria Police on 101, referencing incident 139 of October 18.