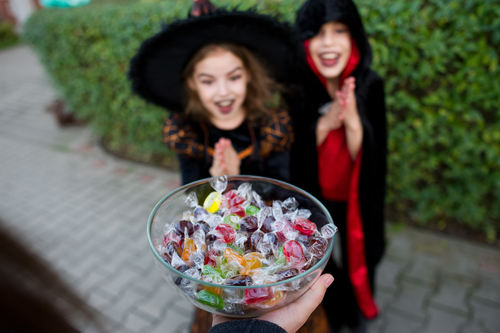 Officers investigating reports of suspected drugs being given to trick or treaters have today confirmed they are treating it as an “isolated incident”.

An investigation was launched after a mother entered Middle Engine Lane Police Station on Wednesday evening (October 31) to report that an unknown tablet was found in her children’s trick or treat bucket.

The tablets were wrapped in an envelope, inside a bag of sweets, that had been collected by a number of children. It is not clear which child received the package.

The unknown substance, which is suspected to be ecstasy, has since been seized by police but none of the children consumed any of the tablets.

Enquiries to establish where they have come from are ongoing and police are appealing for anyone with information about the suspected drugs to get in touch.

However, Chief Inspector Ron Charlton has today said there have been “no other reports” of drugs being given to children and he “does not believe” trick or treaters are being targeted maliciously.

He said: “We recognise that a report of this nature is extremely concerning for our local communities and we have been carrying out enquiries to establish where the tablets came from.

“There have been no other reports of children receiving tablets like this and so we are treating it as an isolated incident.

“There is nothing to suggest that trick or treaters in Shiremoor have been targeted. While we are keeping an open-mind, we believe that it is more likely the tablets have been received by accident.

“However, if anyone else has received these tablets or something similar then we would urge you to get in touch.

“Anyone with information about where the tablets have come from, or drugs supply in the Shiremoor area, is encouraged to contact police on 101.”

If anyone received a similar tablet, or has information which could assist officers, then police would ask you call 101 quoting reference 1073 31/10/18 or Crimestoppers anonymously on 0800 555 111.