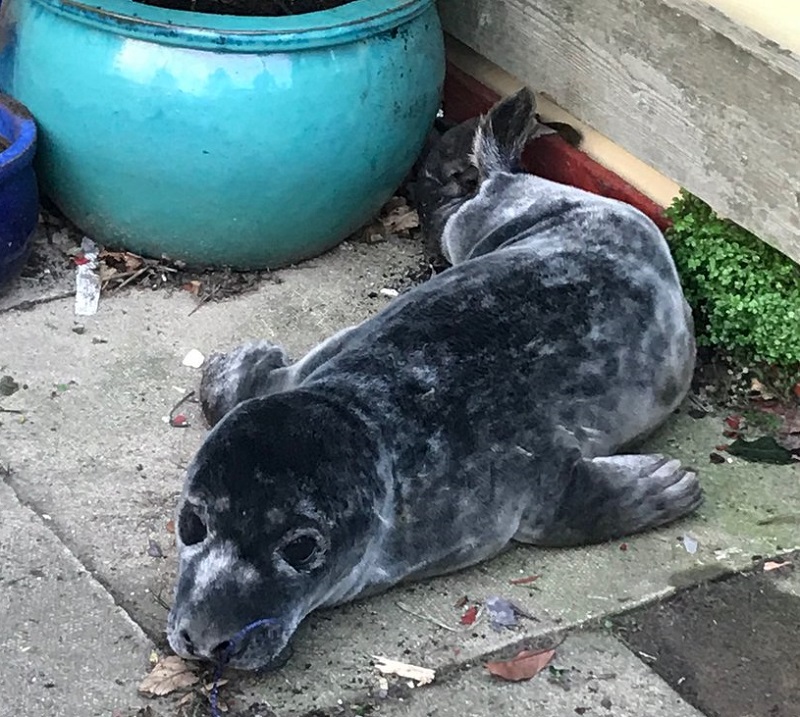 Police in Northumberland were left shocked this week after receiving a rather “fishy” call out in Seaton Sluice.

A woman living at an address on Marine View was left stunned yesterday morning when she opened her front door and found a baby Seal relaxing on her doorstep.

The young pup was relaxing on its side without a care in the world but the house was just yards from a busy 30mph road.

CSOs Pail Moorhead and Beverley Keenleyside turned up at the scene and began to come up with a plan of how to get the seal back to safe waters. 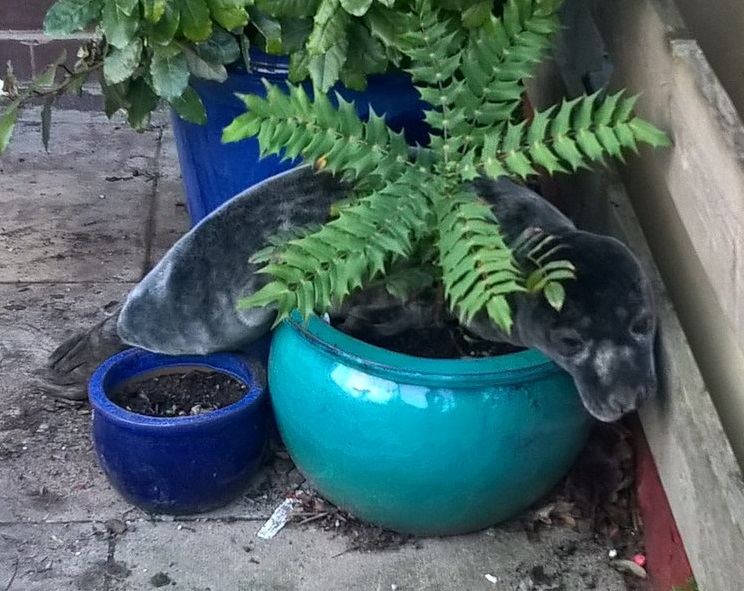 Paul, who works with Beverley on the local neighbourhood team, said: “When the sergeant asks you to go to a job like this you tend to think he’s pulling your leg.

“So when we turned up at the property it was a bit of a shock for us to find the seal pup lounging on some plant pots and having a bit of a sun bath.

“I’ll be honest, we didn’t really know what to do with it and I was half thinking of putting it in the back of my patrol car!”

After a few minutes of head scratching they were able to recruit the help of the local branch of volunteer organisation British Divers Marine Life Rescue.

They arrived along with the RSPCA and provided the dehydrated seal pup with fluids before moving the animal closer to the sea.

“It was a happy ending all round and the seal pup was able to return to the rest of his family who were swimming nearby,” said Paul.

“Policing Northumberland has many challenges and the beauty of the area is these kind of jobs do come along every once in a while.”