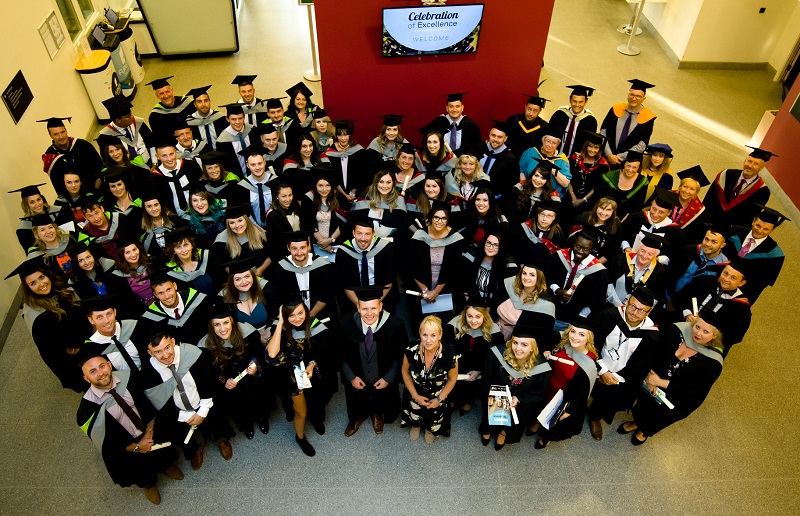 A leading educational expert says the latest figures for university applications do not reflect the excellent academic achievement of students across Barrow.

Mark Nicholson, deputy principal of Furness College, says statistics published this week that put the town at the bottom of university applications are not reflective of how many actually achieve degrees.

He said the college, which is the biggest in Cumbria, has 500 Higher Education students, who are not included in the figures because they enrol directly.

Mr Nicholson said: “Students progress through our programmes and enrol to a range of degrees – from engineering and business to education and computing – that are accredited by top local universities. So our students get the benefits of a university qualification on the doorstep here in Barrow.

“The headlines paint a bleak picture but that is not the case when you lift the lid on what is actually happening because it is much healthier. Students are making excellent progress in their academic studies, many are doing degrees with us through their employer and are going on to have great careers.”

He added that higher and degree apprenticeships were an increasingly popular option for Furness College students.

“Barrow-in-Furness is now the top-placed district nationally for apprenticeship recruitment – including higher apprenticeships – which are higher education but not included by UCAS. Last year 58 students took up apprenticeships with BAE Systems and this year that will rise to 73. That’s alongside those offered by GSK, Sellafield and other well-known employers.”

This week, statistics from the Universities and Colleges Admissions Service showed that 15 per cent of those leaving school in Barrow and Furness went on to university.

But Mr Nicholson, who is also Head of Sixth Form, said around 60 per cent of sixth formers have this year applied to university and that figure had been consistent for a few years.

“Barrow Sixth Form College has always had a high percentage of students going to university even though nationally the numbers may be low due to our low population.

“We support our students to achieve their own career goals. Attainment of 18 year olds is as good as ever and students do really well reaching their target grades and getting their first choice of university or a higher apprenticeship.

“We have students at prestigious universities around the country – including Oxbridge universities – and many are first in their families to achieve university places.”

Careers staff are on both the Channelside and Rating Lane campuses to offer one-to-one advice. Some 96 per cent of students doing higher education at Furness College go into employment or further study.

Dominic Miller, plant engineering manager at GSK, is in his fourth year of a BEng Mechanical Engineering degree at the Channelside campus and said the choice of studying a degree in Barrow was an easy one to make. “The course offered me the chance to study part-time for a prestigious Lancaster University engineering degree without the need to travel further than a mile from home,” he said.

Emma Jones returned to study a University of Central Lancashire-accredited BA Honours Degree in Education & Professional Studies at Furness College after having a family.

“Returning to study has allowed me to complete the next step towards my goal and, for that, I am extremely happy I took the chance when I did.”

Man airlifted to hospital after gas bottle explodes in Workington

Cyclist, 56, in critical condition after being found in road in Maryport

Almost £30,000 has been raised in just two days to help a West Cumbrian mum battling a rare form of...