Soup in the Sticks rocks Whitehaven 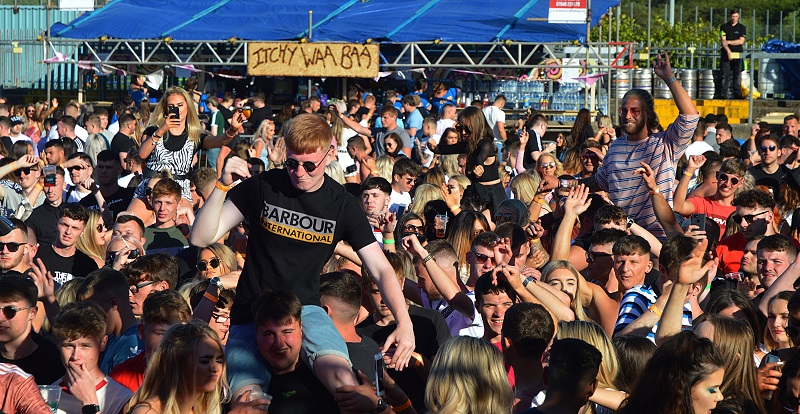 RADIO 1 star Danny Howard took the sounds of Ibiza to Whitehaven when he brought the house down at the towns all-new music festival, Soup in the Sticks.

Over 1,000 people flocked to the town’s rugby league ground for the event which was organised by Workington club owner and DJ, Jonny Donat.

The festival début not only boasted the headliner, DJ and BBC Radio 1 presenter, Danny Howard but also the chart-topping Secondcity.

The crowd went wild for both headliners, especially Howard who was giving his first, official, performance in the area, on Saturday June 22.

He said: “It’s great here, there’s just great vibes from the audience and it is good to see something like this brought to the people of this area.”

The Radio 1 DJ first took to the area when visiting a friend for her birthday and ending up doing an impromptu gig at Donat’s club, Electric Soup – where the festival’s name is derived from.

Howard’s set really impressed the audience, as girls climbed on shoulders and people went crazy for the familiar and high-energy house.

Commenting on the performance Kylan Barwise, 25 from Whitehaven, said: “It’s really great that we get to see the likes of Danny Howard here in this town. It’s just something different and exciting.”

Donat finished off the event taking the music festival into the evening performing his own set. 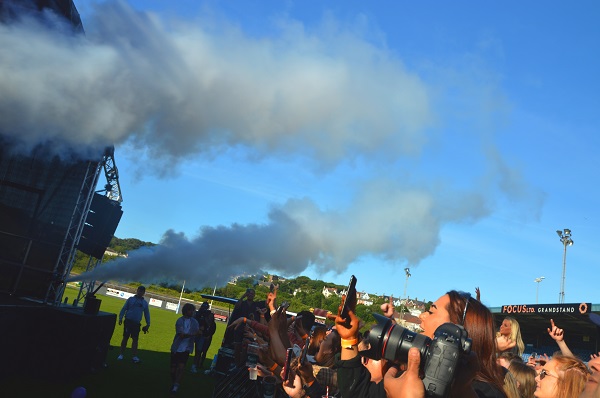 “It’s been great, really a success and we’re definitely going to try and bring it back next year three or four times bigger than this one,” Donat said commenting on the event’s triumph.

This is a first for the area to have a purely dance and house music festival, but really seemed to impress people of the area as one person, Adam Richardson, 28 from Whitehaven, said: “A lot of people complain that nothing happens in the area, but look this is on and it’s great and yeah, I hope it happens again.”