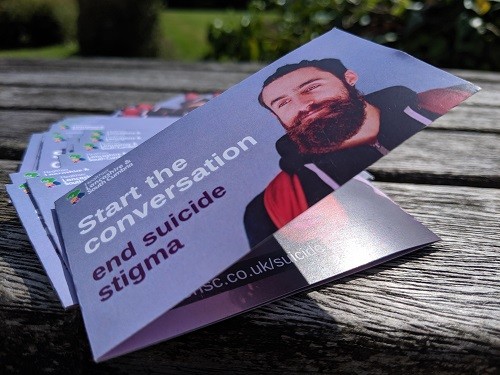 In a bid to reduce suicide rates and to change public attitudes about suicide, a community-led project is bringing together a team of people from a number of organisations.

Suicide Safer Barrow has been formed in response to the increasing suicide rates in Barrow and is being delivered by Every Life Matters, a Cumbria suicide prevention charity and Mind in Furness.

Juliet Gray, Training Manger and Co-founder of Every Life Matters said: “Suicide needs to be addressed across all areas of our society. It’s important to understand that around three quarters of people who die by suicide are not in contact with any mental health services in the year leading up to their death This means suicide prevention needs to be a community wide concern. It needs to be everyone’s business.”

As part of Suicide Safer Barrow, Every Life Matters is delivering suicide prevention training, bereavement support and suicide first aid to organisations who sign up.

According to data provided by Public Health England, Lancashire and South Cumbria are ranked as having the third highest rates of suicide within England from 2015-2017.

The data shows that within a three-year period 497 people within the Lancashire and South Cumbria area took their own lives, of this 358 were male and 139 were female.

The project, which is supported by Lesley Graham – Public Health Locality Manager at Cumbria County Council and Maxine Baron – Development Lead for Barrow ICC launched in May.

Mrs Baron said: “This work is important for our community as it’s about making everyone more aware about suicide.

“Losing someone to suicide or having suicidal thoughts is not something to be ashamed of. We need to inspire people to talk more and we need to make it easier for them to share their feelings.

“A lot of the time when a person dies by suicide you find that they haven’t engaged with mental health services, however they will have crossed paths with other people, such as their GP, their employer, colleagues, the housing department, etc. so this work recognises that we need to upskill people in order to spot the signs and deal with it.”

Cumbria’s suicide rates remain consistently higher than the national average and a key focus of the project is empowering local residents to take action against suicide in whatever way they can.

Mrs Graham said: “We have been blown away by the amount of people and organisations who have expressed an interest about hosting training and raising awareness. The community of Barrow has come together like it always does and it’s a great community to be part of.

“We are proud of the partnership work and extremely proud of the people who have come along and spoken about their experiences. This type of work empowers people and is hopefully leading us down a path where suicide is no longer a taboo subject.”