Cumbria’s dark skies could provide the perfect lure for a new generation of star seekers wanting to explore off the beaten track, according to tourism bosses highlighting the benefits of stargazing for the county’s visitor economy.

The North Pennines Stargazing Festival is heading our way this autumn  (23 October – 3 November 2019) and organisers say one of the events – a spectacular Skywatch event at Talkin Tarn Country Park near Brampton in Cumbria – could have sold out three times already, despite it being more than two months away.

The 165 acres area around Talkin Tarn surrounds a glacial tarn formed 10,000 years ago and the special ‘Skywatch’ happening there on Saturday 26 October will allow people to experience some of the darkest skies in the country, with astronomers from the Border Astronomical Society on hand to show them around the night sky.

It’s the first time the location has been included in the twelve-day Stargazing Festival and its instant popularity reflects the growing trend for travellers seeking the darkest, clearest skies away from the busier urban hubs and tourist areas.

“Experiencing dark skies is a magical experience and we are seeing really positive signs that stargazing tours could appeal to a new generation of visitors who are actively seeking out the remoter parts of Cumbria to get a clear, unpolluted view of the stars,”  says Carlisle City Councillor Stephen Higgs, Portfolio Holder for Culture, Heritage and Leisure.

“One of the great things about this festival is making stargazing accessible for all. This is a great opportunity for North Pennines businesses to tap into new markets and to help disperse more visitors heading to Cumbria to this spectacular, but lesser-known, area of the county.”

Simon Wilson, Business Manager with the North Pennines AONB Partnership, said: “The festival was a great success last year and we hope that our events for 2019 will be as popular. We have a range of events spread across the whole of the North Pennines AONB and UNESCO Global Geopark, appealing to local people and visitors to the area.

“The North Pennines is the darkest mainland Area of Outstanding Natural Beauty (AONB) and is one of the best places in the UK to enjoy stargazing – the festival is designed to make it easy for people to celebrate the area’s fabulous starry skies.”

In total, more than thirty events will take place during the North Pennines Stargazing Festival across three counties: Cumbria, Durham and Northumberland.  The big theme will be the 50th anniversary of the first moon landing, with moon talks, family moon trails and moon-themed planetarium shows, alongside broader astronomy, space-themed talks and stargazing.

Discover the entire programme at www.NorthPenninesStarFest.org.uk 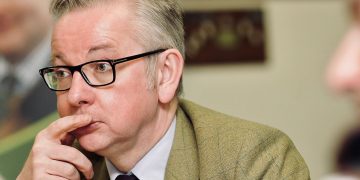