Wigton stab victim tells jury: I tried to pull knife out of my face but it wouldn’t move

A STAB victim has told jurors of the moment he was attacked with a knife which was left “buried into his face”.

Robert Pattinson gave evidence at Carlisle Crown Court this afternoon (MON) during the trial of Scott Topping. Thirty-nine-year-old Topping admits wounding Mr Pattinson with intent to cause grievous bodily harm following an incident on King Street in Wigton, outside the Throstles Nest pub, just before 10-30pm on April 12. But he denies a charge alleging attempted murder.

Mr Pattinson told jurors he saw Topping, of Mulligans Court, Wigton, arguing with other customers inside that pub before the incident. Mr Pattinson left the premises with others and, as they stood outside another town pub, recalled Topping “pushing himself right through” them.

Mr Pattinson walked away but encountered Topping soon after. “He came bouncing towards me with his fists clenched. You could tell he was mad,” he told jurors.

“I hit him before he could hit me. He dropped to the floor.”

After returning to the Throstles Nest, Mr Pattinson watched from inside as his mother and Topping argued in a shelter outside, and went out when Topping – who, the court has heard, had taken cocaine and cannabis – was close to her face.

After a conversation, he said Topping “shook my hand” and recalled turning away.

“That’s when I got stabbed,” said Mr Pattinson, who initially thought Topping had thrown a “haymaker” or “right hook” with his fist. “I just saw the (knife) handle sticking out of my face. I didn’t see the knife at all before I got stabbed.”

Prosecutor Jeremy Grout-Smith asked: “Where did you think the blow was aimed for?”

Mr Pattinson replied: “For my throat.” He added of Topping: “He was looking right at me. He laughed at me. I tried to pull it (the knife) out of my face but it wouldn’t move.”

Driven to hospital by a friend he found nearby, he underwent surgery and was placed in an induced three-day coma. Asked about the after-effects, Mr Pattinson told jurors: “The (left) side of my face is just numb. I get a high-pitched noise in my ears all the time.” 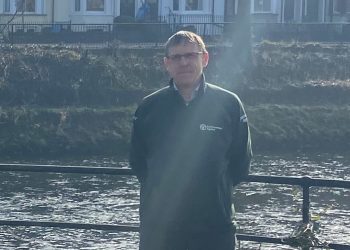 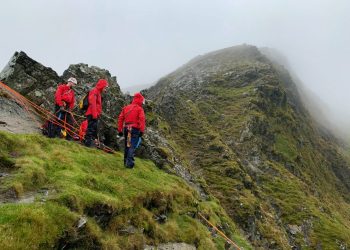 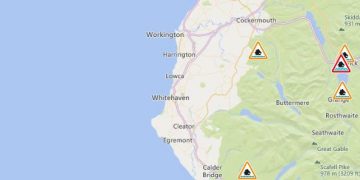 Cumbria's flood risk chief says the main focus of the Environment Agency is currently on West Cumbria as the county...