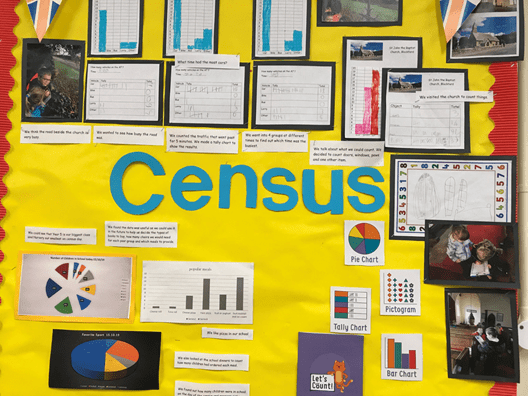 Blackford Primary School in Carlisle has been crowned winner of the Let’s Count! education programme for the region, receiving a prize of £500 in school supplies.

Tasked with a Let’s Count! mission, Blackford Primary School was among many to participate in the free educational programme set up by the Office for National Statistics (ONS). In a campaign to teach children all about the census, schools held a Let’s Count! day where pupils explored their local area and created school-centred maps and displays on what they found.

A panel of judges selected a winner for each of the census rehearsal areas, with the winning schools being awarded a prize of £500 in equipment. The judges were impressed with the level of pupil engagement shown in Blackford Primary School’s display, which featured a broad range of data and demonstrated participation across all age groups.

Iain Bell, deputy national statistician and one of the Let’s Count! judges said: “The Let’s Count! campaign has been a roaring success and it was no easy task to decide a winner among so many amazing entries. We’re delighted at how eager the children have been to learn about the importance of the census which informs so many important issues like the number of school places or hospital beds. A big thank you to everyone who took part.”

Sharon Witherspoon MBE, Royal Statistical Society Vice President for Education and Statistical Literacy, was another of the judges and commented: “The Let’s Count! displays were very impressive and showed how important programmes like this are to mathematics, statistical and cross-curriculum skills.”

The census rehearsal enabled the ONS to test some of the systems and processes it has put in place ahead of the digital-first 2021 Census. The census happens once every ten years and provides a snapshot of households in England and Wales, helping to plan and fund public services.