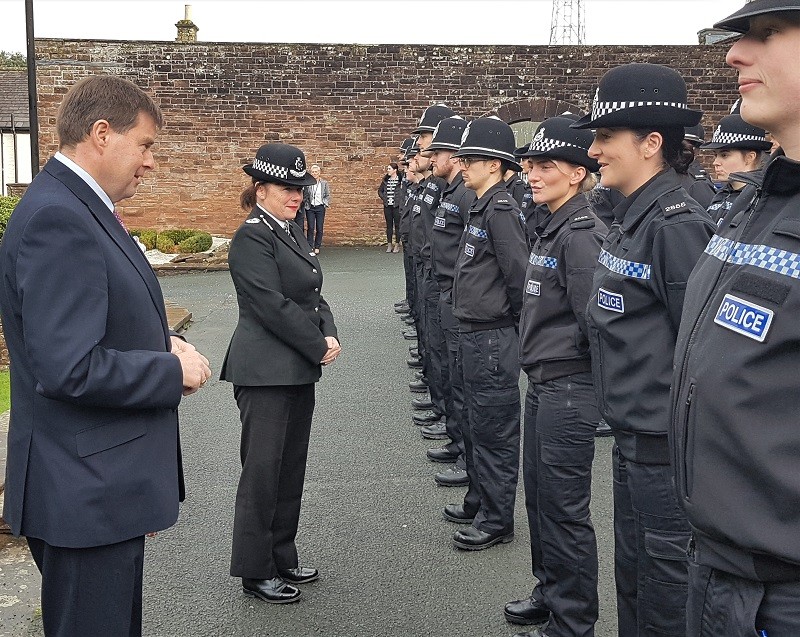 The latest intake of new Cumbria Police officers are progressing well through their intensive training programme.

Cumbria’s latest cohort of 36 student officers started their programme last month. During the past four weeks, the student officers have undergone training designed to equip them with the knowledge to become effective officers before they join our patrol teams, boosting the number of police visible in the county’s communities. 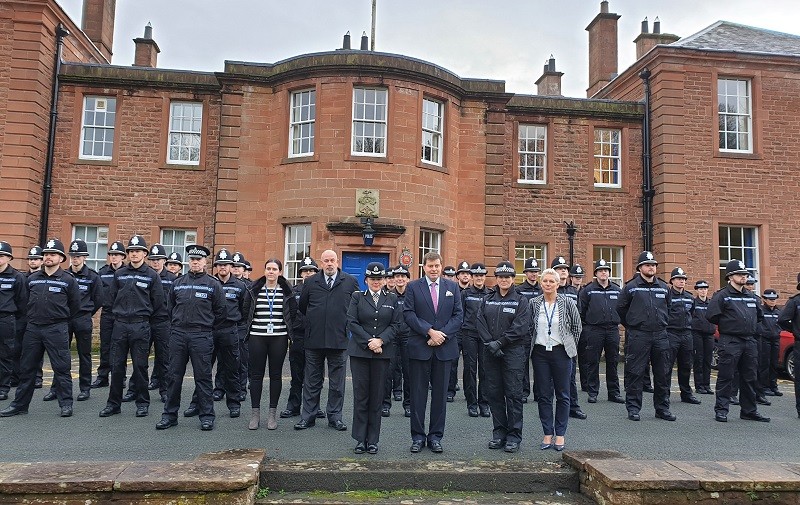 So far their training has included gaining knowledge on the powers of arrest and how to execute arrests. The cohort have received inputs on community policing, how to deal with anti-social behaviour and how their role fits into the wider criminal justice system. The student officers have also been learning about the use of stop and search and the associated powers.

Chief Constable Michelle Skeer said: “The initial training course is an incredibly important stage for the development of our student officers. Soon they will join patrol teams across Cumbria to tackle crime and keep people safe.

“We know our local communities want to see more officers across our county and our new officers will undoubtedly make a huge difference in helping us keep communities safe. The increase in number of officers is a hugely positive step and one which will provide additional support to our current officers who work tirelessly to protect the vulnerable, prevent crime and investigate incidents.

“These new officers will before long be out working in our communities to help protect the public and get better outcomes for victims.

“Recruitment remains open and I would encourage anyone who is considering a career in the police to look at what we, in Cumbria, have to offer. Those who join our ranks will be a joining a forward-thinking and high-performing police force.”

Cumbria’s Police and Crime Commissioner, Peter McCall said: “It’s great to meet the new recruits who will soon be making Cumbria an even safer place to live.

“Cumbria is a fantastic place to live and work and I’m sure the recruits will enjoy their new career here with us and I look forward to seeing them develop and become incredible police officers.

“We’re quickly increasing police numbers with 45 in the last two years paid for by the council tax precept and now an extra 27 police officers – the first of the 51 promised by the Government in the first phase of the extra 20,000.

“We’ll also be recruiting another 18 in January from the extra 20,000 which means we’ll have 45 out of 51 officers before the end of the financial year.

“This training gives our recruits the opportunity to learn about all different aspects of policing and helps them develop an idea of which area of policing they would like to join once their training is complete.

“I’m very proud that we have had the chance to give the public an early delivery of what is required in Cumbria and that these officers will soon be out fighting crime in the heart of our communities.

“We are always looking for new recruits so if anyone feels that the police is the place for them I would urge them to apply – it’s a great opportunity with so many career paths – please apply.”

A recruitment drive was launched in September to increase the number of police officers, serving the county, in response to the Home Office’s launch of their national recruitment campaign to support the increase of officer numbers nationally by 20,000 over the next three years.

Recruitment remains open. If you, or anyone you know is interested in a career as a police officer in Cumbria, more information about the entry routes available, eligibility and application forms can be found via www.cumbria.police.uk/PoliceOfficerRecruitment.

New COVID-19 infections in Cumbria have almost doubled in a week as the county deals with its highest number of...