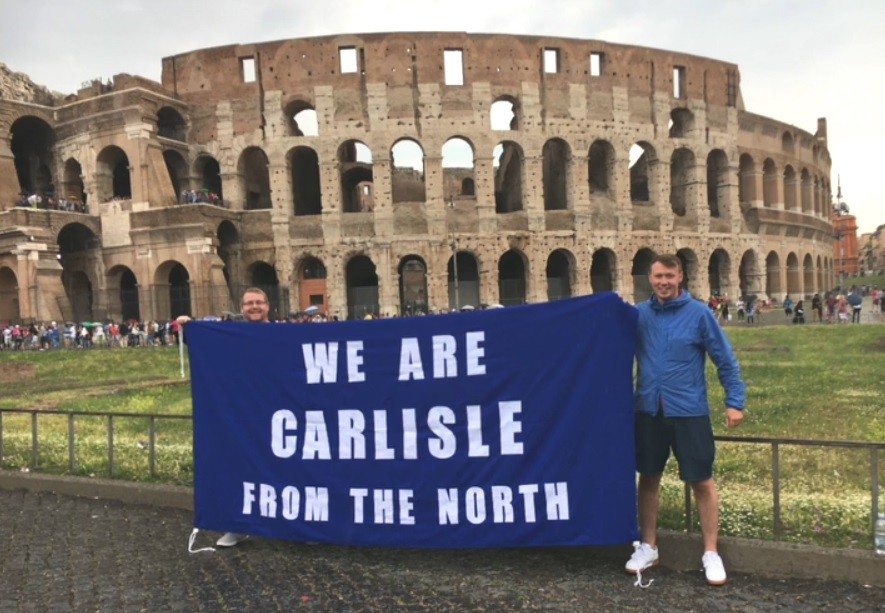 They have had an excellent response to their ‘Carlisle REUnited’ campaign to raise cash for the club during the coronavirus pandemic and are keen to enrol new members.

You can join or renew your membership by clicking on the following link http://cuosc.org.uk/apply-for-membership/

It costs £10 for adults and families for one year and £5 for seniors and Under 18s. Benefits include discount at the club shop and priority for cup tickets.

This year’s Annual General Meeting has been postponed until August 23 and will take place online with Zoom. Only paid up members are eligible to take part or vote.

CUOSC, who currently have 467 members, hold shares in the club and have two representatives on the club’s boards.

Chairman Frank Beattie said: “We want to be a voice for the fans and the more members we have the bigger influence we can be.

“The REUnited campaign has shown how much the club means to supporters. We are aiming to re-energise, re-focus and re-unite fans for the benefit of the club and the community.”

So far CUOSC have raised £6449 with regular monthly contributions of £258 to be added. On top of that £750 has been pledged if they can reach 3000 YouTube views for the 1974 recording of ‘Looking Good – We’re Carlisle United’. (See link: https://cuosc.org.uk/carlisle-reunited/looking-good/)

Fans have also saved the club up to £75,000 by not seeking refunds on last season’s season tickets.

Whitehaven have extended the contract of promising young forward Jake Bradley until the end of 2023.

Line of duty: Cumbrian police officers awarded for bravery and going above and beyond

Barrow man gets keys to the kingdom of Piel Island