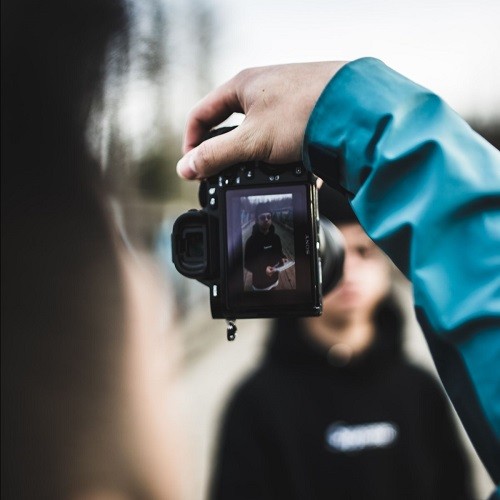 Have you got something to say? Is there something strange or unusual in your family history, or the world around you? What are you like…?

These are the questions being asked by a video production crew who will be touring the Eden Valley alongside Penrith’s travelling chippy van at the end of August, collecting stories from the region and interviewing local people about their lives – while they are getting their chips!  The video content will be all brought together online featuring the #66 people.

The aim of the project is to get a snapshot of the people along the route of the A66 beginning around the Eden Valley.

Dan Harding, The Chippie Van commented: “There are some real characters around and I know for a fact that some of the stories people have around here are very surprising, not what you might expect.  It’s great that there is this way of getting them on camera! I’m looking forward to what comes out of this and very happy that our Chippier Van is involved.”

The project forms part of the research of The #66 Group, who have been undertaking a consultation across the cultural, tourism, environmental, sustainable and digital sectors of the region defined by the A66 road which runs from West Coast Cumbria to East Coast Teesmouth.

The aim is ensure that the region is, and is seen to be, the best place to live in the UK.
The #66 Group want to see the best of culture, to see happy communities and to ensure that people have enough jobs and new opportunities and are living in healthy environments.

Kevin Beaty, Chair of the 66 Group, said: “The #66 is all about bringing prosperity to our unique region, and this project is sure to be a good way to shine a little light on the people of the #66 region – the districts that the A66 runs through from coast to coast.  Times have been difficult recently so it is always good to see a bit of positivity. This should be very interesting!”

One of the outcomes of the research has been to bring cultural organisations into partnership on projects such as this one which sees Bristol’s Cirque Bijou team up with Cumbria’s Eden Arts.

Adrian Lochhead, Director of Eden Arts, said: “It is great to be bringing Cirque Bijou here to do this and we look forward to what great projects that will come out of it.  Cirque Bijou are known for wanting to get under the skin of a place and a people before coming back with the big stuff, we have already got big plans for a future travelling project called the Caravanserai.”

Billy Alwen, Director at Cirque Bijou, said: “This is the start of something really big. A cultural project that will extend along the length of the 66, transforming communities, creating jobs and culture and giving people in those communities a chance to achieve their true potential. We are really excited to be working with Eden Arts and the communities of the 66 to make something that the rest of the UK will look at with envy.”

This pilot project will feed into future projects currently being developed by Eden Arts and Cirque Bijou.

Touring with The Chippie Van, which visits villages in the Eden Valley on various evenings each week, the team will be filming between 25th – 28th August in Wetheral, Temple Sowerby, Lazonby and Thelkeld between 4.30pm – 7pm.

You can sign up in advance to be involved in the project and share your stories with the film crew by visiting www.the66.club/66chips.