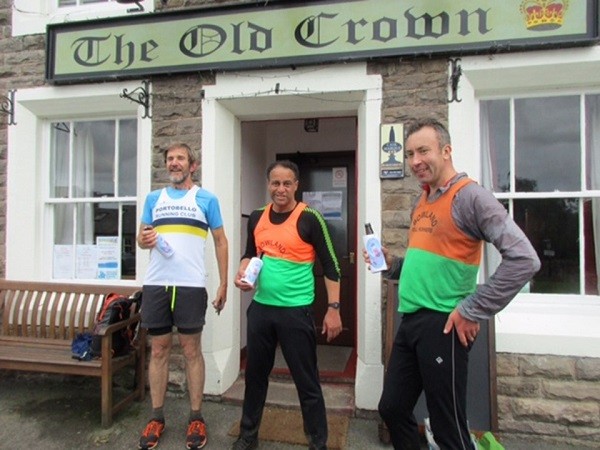 Earlier this month three fundraisers embarked on a gruelling 25 mile run through the Lake District to help the care, support and compassion provided at Eden Valley Hospice.

On Saturday 12 September Vernon Gayle, Jim Turner and Chris Gunstone completed the Old Crown Round in aid of the Carlisle based charity. The challenge was special for the group of fundraisers as they remembered Julian Davey, who received care and support at Eden Valley Hospice.

Beginning at 7.10am the 25 mile challenge included 2,539 metres of ascent and took Vernon, Jim and Chris just over 9 hours to complete. The route, which started at the Old Crown Pub, Hesket Newmarket was special for the fundraisers as it began at the home of the Hesket Newmarket Brewery where Julian was the founding chairman.

During the challenge they reached the summits of High Pike, Great Cockup, Skiddaw, Blencathra and Carrock Fell, which are all fells that give their names to the beers brewed at Hesket Newmarket Brewery.

Richard Lowth, from Hesket Newmarket Brewery, explained: “To celebrate the runners’ achievements and in memory of Julian, who contributed so much to the success of the brewery over many years, a new beer called The Old Chairman IPA will be launched this week at the Old Crown.”

Vernon, Jim and Chris, along with the kindness of their family and friends have raised £3,621 in aid of Eden Valley Hospice by completing the Old Crown Round. The money raised will help the charity to provide the highest standards of care, support and activities to local people with life limiting illnesses.

In a message posted on the fundraisers’ JustGiving page, Sir Chris Bonington, said: “The Eden Valley Hospice not only gave wonderful support to Julian but also to me and my [late wife] Wendy who was suffering from MND. They fill a very important role for the entire community.”

In a separate message to the fundraisers British Fell Runner, Jasmin Paris, said: “A fantastic effort by Vernon, Jim and Chris on the Old Crown Round, an impressive physical challenge under any circumstances, but in this case also charged with the emotion and memories of a close friend.”

If you would like to host your own fundraising event in aid of Eden Valley Hospice and Jigsaw please visit www.edenvalleyhospice.org, email [email protected] or contact the Fundraising Team on 01228 810801. 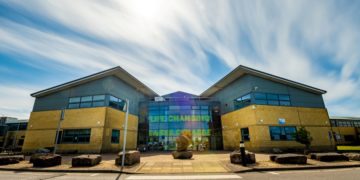