A tiny gold pin, awarded to a Polish pilot for parachuting out of his shot down Supermarine Spitfire during the Second World War, sold for £4,700 at 1818 Auctioneers online sale which closed yesterday (Sunday 4 October).

The 19mm-long, nine carat gold Caterpillar Club Irvin pin, with red amethyst eyes, was awarded to Kapitan Stanislaw Zygmunt Krol in 1942. His name is engraved on the reverse.

1818 Auctioneers valuer Ken Payne thinks this is a record for such a pin. It exceeded the price paid for the same pin presented to Dutch aviator Bram Van der Stok, one of only three people to successfully escape from Stalag Luft III, which sold for over £3,200 at auction in 2018.

Ken Payne says they received 89 bids and it went to a private collector in the UK. No bids were posted from Poland in the firm’s timed online Militaria auction which went live on Thursday 17 September.

The pin was awarded by the Caterpillar Club to those who successfully ‘bailed out’ of a disabled plane wearing a parachute made by the Irvin Air Chute Company. The Club name refers to the role of the silk worm in producing parachute fabric.

“It’s the exceptional nature of the recipient of this badge which makes it stand out and this is reflected in the worldwide interest in it and the final price paid for it.

“Stanislaw, or ‘Stan’, not only fought the Germans in Poland but also in France and Britain and he managed to escape on several occasions when captured. He was part of the 1944 ‘Great Escape’ when Allied prisoners broke out of Stalag Luft III, a prisoner of war camp in Poland. An iconic event of the Second World War it embodied Allied bravery and Nazi evil. When recaptured, Stan – along with many of the 76 men who escaped with him – was murdered on 12 April 1944 by the Gestapo.

“Stan’s Caterpillar Club Irvin pin was put up for auction by a vendor from North Lancashire who wishes to remain anonymous. It belonged to her parents-in-law who first met Stan when they were on holiday.

“They formed a deep relationship with Stan who was like a second son to them, and he named them as his next of kin, a requirement of pilots flying from British bases. The vendor tried to return the pin to Stan’s family making enquiries through military and Polish museums.

“The vendor says her parents in law spoke rarely of Stan because of the upsetting nature of his death and it was they who applied for the award for Stan, who never collected it,” adds Ken Payne.

Accompanying the pin were two letters from the Caterpillar Club, confirming its authenticity. A letter of Feb 27th, 1942 states, ‘We hope that he will soon be able to come home and claim it’. Sadly, he never did. 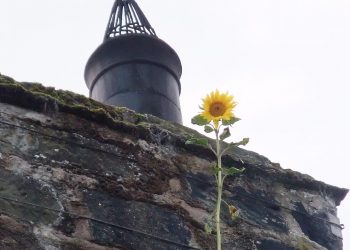 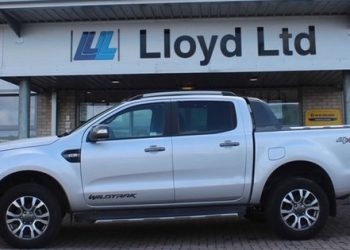 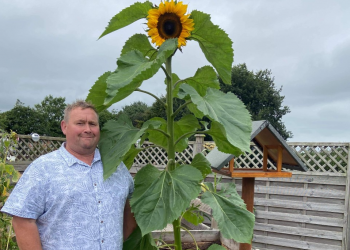 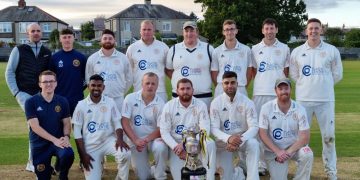 Peter Lawson, the Furness captain and veteran opening bowler, had a special reason to enjoy receiving the Cumbria League’s Premier...