Council is spurred into 16 days of Action Against Domestic Violence

COPELAND Council is joining businesses across the nation to tackle domestic abuse in the run-up to Christmas.

The UK wide, 16 days of Action Against Domestic Violence campaign, supported by Public Health England, is aimed at businesses to support them to take action against domestic abuse and violence.

Spanning across 16 days, from today (November 25) until December 10, a theme will be identified each day to explore the various forms of domestic violence and raise awareness of the issue.

Issues including; the impact on children, the role of family and friends, bystander intervention, domestic abuse and the workplace, emotional abuse, elder abuse, financial abuse and stalking, will all be highlighted over the next 16 days.

The Council is taking part in the campaign to support its residents suffering from abuse, and promote its specialist service which provides life-saving support to victims.

Copeland Council has supported 312 men, women and children to leave abusive homes since the service was introduced in 2018.

The Prevention and Crisis Support Officer works with those who have suffered domestic abuse or sexual exploitation, linking in with the council’s Housing Options team to provide emergency accommodation if necessary. Some of these properties have been expertly designed specifically for people with children.

“We have helped hundreds of residents break free from abusive homes since we introduced the service, which brings home the fact that the support is so vitally needed in our community.

“We hope by highlighting the different issues surrounding abuse, we can help people recognise the signs and break the cycle.

“This year has been extraordinarily tough on everyone, and we know that we already see an increase in domestic incidents during festive periods, and we’re concerned that this may lead some to reach breaking point. Our residents need to know that help is out there!

“So, I plead with anyone suffering from abuse to come forward – for a safe place to stay and the chance of a different future.”

The council saw a 30 per cent increase in referrals to its domestic abuse support service during the lockdown period (April to June), in comparison to the three months before the pandemic.

The number of domestic abuse-related incidents in Whitehaven increased by 45 per cent in relation to the same time period last year (June to July).

The council advises that anyone who believes they are in immediate danger of abuse or exploitation should call 999 immediately. Those who are affected by these issues but have somewhere safe to stay should call the National Domestic Violence Helpline on 0808 2000 247 or email [email protected] 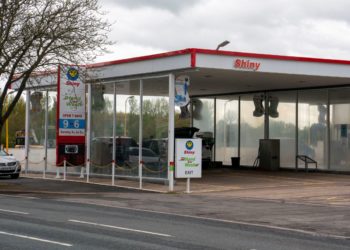 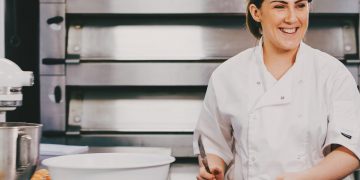 A Lake District Farmshop goes out with a zesty flourish as Cumbria’s marmalade ambassador helps the team at Tebay Services...