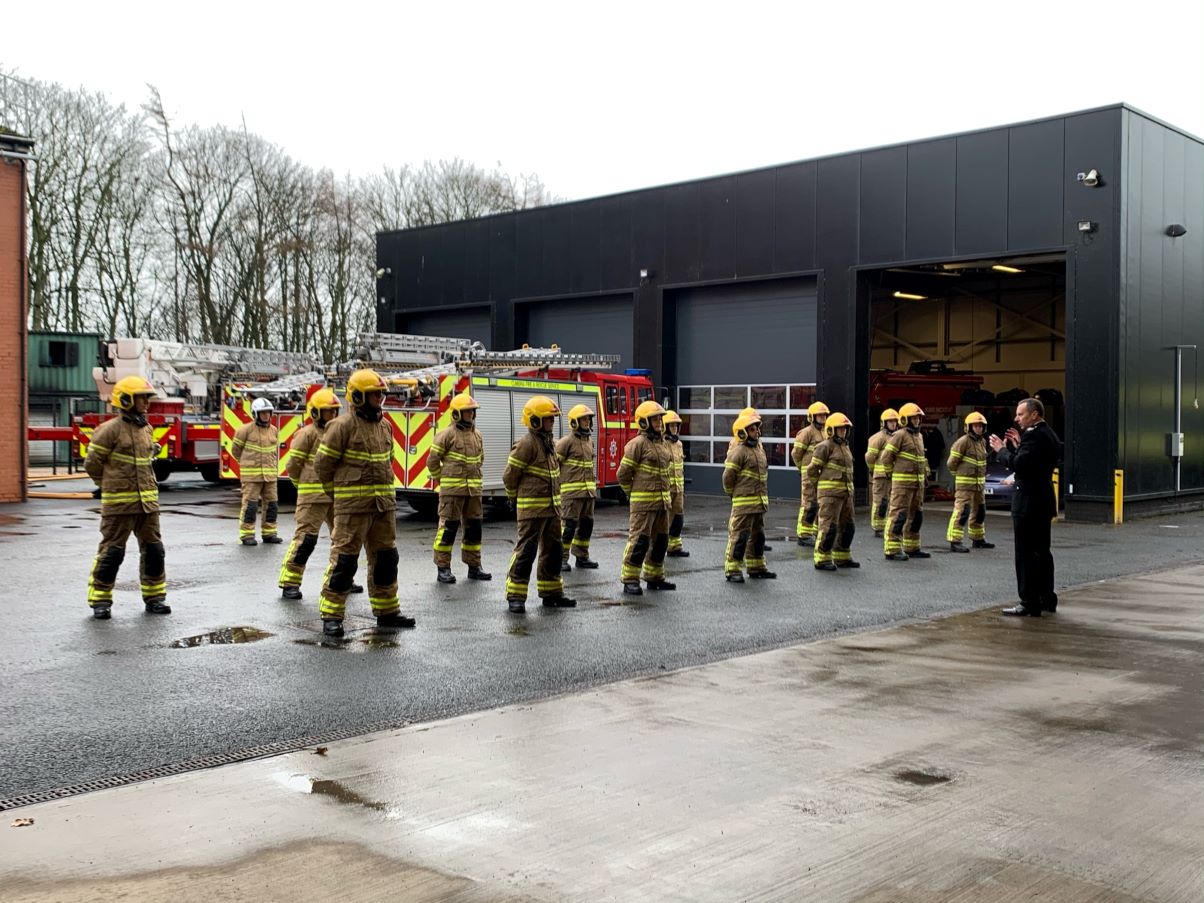 The firefighters have completed their training and will now join the fire crews at stations across Cumbria.

An official passing out parade to mark the occasion was held at Cumbria Fire and Rescue Service’s headquarters at Penrith last Thursday.

Family and friends of the firefighters were unable to be present due to social distancing restrictions, but the event was an important opportunity to celebrate their achievements.

The firefighters were congratulated on passing their basic training course with flying colours and welcomed to Cumbria Fire and Rescue Service as newly trained firefighters.

During the passing out event, the firefighters showcased their fire and rescue skills and techniques with a series of practical demonstrations, including rescuing casualties from a mock road traffic collision and a high rise ‘blaze’.

They were then presented with certificates of recognition by Cumbria County Council’s chief fire officer Steve Healey.

The much-sought-after accolade for the top trainee on the course was awarded to firefighter Ellie Harrison, who was presented with a silver axe in recognition of her outstanding achievements throughout the course.

“Running an intensive firefighter training programme during the COVID-19 pandemic has been testing for our new recruits and our training team but they’ve risen to the challenge.

“The passing out parade was a testament to their hard work and skills. I know they’ve all worked exceptionally hard and their achievements are well deserved. We look forward to helping them grow and develop long and successful careers with Cumbria Fire and Rescue Service.”

Janet Willis, Cumbria County Council cabinet member for fire and rescue, said: “Congratulations to our latest recruits who have completed their training and gained valuable experience in practical firefighting. We wish them well in their future careers with Cumbria Fire and Rescue Service.”

Due to COVID-19, the first three weeks of the course were delivered digitally by distance learning and online training.

The new recruits will be joining the following fire stations in Cumbria: