A man who used his partner’s car “as a weapon” to hit her former boyfriend as he rode a bicycle on a Whitehaven street has been spared immediate prison.

Curtis Leigh Percival, 25, was a front seat passenger in the Volkswagen Golf driven by the woman when he saw her ex, Lance Maudling, at the junction of Meadow Road in the town at around 10pm on June 10 last year.

Percival momentarily took control of the steering wheel while the vehicle was travelling at around 20mph and directed it towards cyclist Mr Maudling.

Carlisle Crown Court was told the female had been quickly able to regain control of the car but it struck Mr Maudling, who had been carrying several items and suffered a minor arm injury and sore back.

When arrested, Percival, of Dent Road, Whitehaven, told police of a previous incident involving Mr Maudling which, he said, had concerned him.

Percival was sentenced yesterday having previously admitted a charge of dangerous driving which arose from “impulsivity and immaturity” identified by a probation officer.

He was also banned from driving for a year and must sit an extended test.

“Lucky for you that it was a relatively minor injury,” the judge told him as he passed sentence.

“Lucky for you because you will realise that if you had caused serious injury to that man or worse, you would have been deprived of your liberty for a significant period of time.”

Recorder Grundy added: “This is an assault with the aggravated feature of using a motor car like a weapon.” 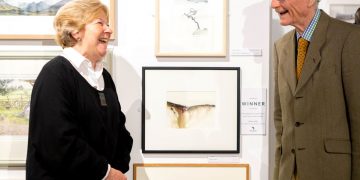