New information from the Government about climate change has prompted Cumbria County Council to reconsider the go-ahead it gave for a coal mine off the coast of Whitehaven.

County council planners gave the green light to West Cumbria Mining to proceed with its plans for the undersea mine for coking coal last year.

A Cumbria County Council spokesman said: “After the receipt and consideration of new information, Cumbria County Council’s development control and regulation committee will now reconsider the planning application by West Cumbria Mining to create a metallurgical coal mine off the coast near Whitehaven.

“This decision has been taken because in December 2020, the Government’s Climate Change Committee released its report on its recommendations for the Sixth Carbon Budget, a requirement under the Climate Change Act.

“The report, among other things, sets out the volume of greenhouse gases the UK aims to emit during 2033-2037.

“This new information has been received prior to the issue of the formal decision notice on the application.

“In light of this, the council has decided that the planning application should be reconsidered.”

After the county council made its decision, the Government had the option to ‘call-in’ that result and campaigners pressed for it to happen.

South Lakes MP Tim Farron asked the Government to call it in.

But minister Robert Jenrick, who previously rejected calls for the project to be called in in November 2019 said earlier this year: “It is now for Cumbria County Council to determine the application.”

The proposal for the mine to produce British metallurgical coal, used specifically to make steel, has received county council planning approval three times.

When operational, the mine will supply metallurgical coal to the UK and international steel industry, deliver hundreds of local jobs and support a supply chain across the county, the operators West Cumbria Mining say.

However, campaigners against the mine say it calls into question Britain’s commitment to tackle climate change.

Seventy-nine concerned groups wrote to the Prime Minister last week to ask why the plans were not referred to an inquiry.

Landscape conservation charity Friends of the Lake District is among the group and want to know why Mr Jenrick, decided not to put the proposal through the process.

The 79 groups say he ignored the fact that carbon emissions are an international issue.

The Climate Change Committee, the UK’s independent adviser on tackling climate change, wrote to the Government the previous week asking for this decision to be reconsidered, highlighting that the increase in emissions from this mine alone would amount to more emissions than it has projected for all open UK coal mines to 2050.

Mr Farron, reacting to today’s county council statement, said: “The very fact that this application is going back to the planning committee because it might not meet the requirements of the Climate Change Act shows exactly why this mine shouldn’t be going ahead.

“The Government now needs to step in, show some climate leadership and stop this mine once and for all.

“In the year that we are hosting COP26, it is unconscionable that we are even considering opening a brand new coal mine.

“The Government also now need to work with urgency with the steel industry to advance the technologies to make steel without environmentally damaging fossil fuels.” 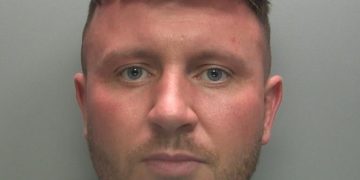 Cumbria police would like to trace a man who is wanted on recall to prison.