Firefighters from Carlisle East and Carlisle West were called to the fire at the Stanwix Tandoori restaurant on Scotland Road just after 3.30am today.

Properties in the vicinity were swiftly evacuated by emergency services.

After crews arrived at the scene, they requested a further three engines to tackle the blaze, alongside an aerial ladder platform.

A spokesman for Carlisle East fire station said: “Some great work by crews in arduous conditions, and big thanks to Cumbria police for ensuring the safety of the scene for our crews to work in.

“We still have a presence on the scene, and traffic may be disrupted for a while.” 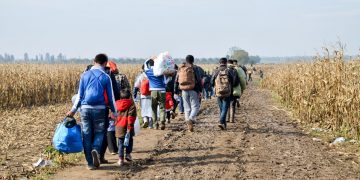