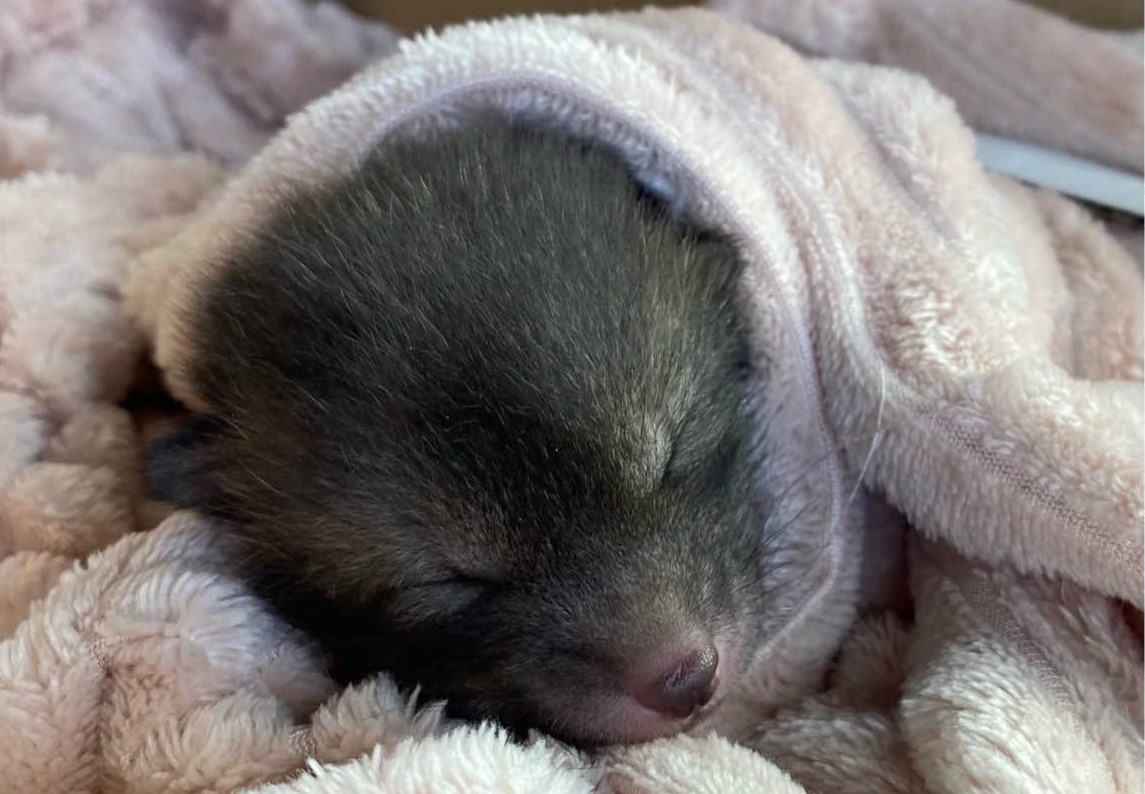 An orphaned two-week-old fox cub has been rescued and is being hand-reared.

The cub was found by a member of the public on a driveway near Sandgate Farm, in Grange-over-Sands, on Monday.

A man spotted the fox at 9am and monitored him throughout the day hoping the mum would return for him – but when she didn’t he called the RSPCA.

RSPCA inspector Martyn Fletcher was sent to the scene to collect the cub who was then transferred to the care of Stapeley Grange Wildlife Centre, in Cheshire, where he is being hand-reared by staff.

Martyn said: “In these circumstances the mother will probably have been moving her cub to another location and may have dropped him but they usually return to collect them.

“The man who spotted the cub did exactly the right thing in monitoring him to see if mum would return for her youngster but sadly she didn’t and so he called us for help.”

The cub will now be cared for at the RSPCA centre where he will be fed with a special puppy formula to replace his mother’s milk until he is strong enough to eat solids.

Once he is independent he will be released back into the wild, which can take up to six months.

Foxes that become used to humans do not survive in the wild and cubs should only be taken into captivity as a last resort.

Where possible the RSPCA will try and return the cubs to where they were found to see if mum will come and collect them as they will always do better with mum.

Anyone who finds a fox cub that’s injured, sick, in immediate danger or has their eyes closed call the RSPCA for advice on its cruelty and advice line on 0300 1234 999.

Mitchells Auctions to reopen next week with major sale

Four Cumbrian towns in 20 most affordable places to live